Your browser does not support JavaScript!
Home > News > A brace from our friends at Everton Football Club…

First to hit the headlines was news that Everton Football Club’s employee engagement was named ‘world-class’ with a prestigious three-star Best Companies accreditation.

The three-star accreditation is the highest mark awarded by Best Companies and demonstrates the progress made by the Club, having achieved its first star in 2019 and two stars in 2020. The rating is based on employee participation in the Best Companies survey, which is taken annually by staff at businesses and organisations across the UK. Employees across the whole Everton Family  – the Club, Everton Women, Everton in the Community and Everton Free School – took part in the survey.

The top-level accreditation also comes as Everton implements its wider long-term employee engagement strategy as part of its people-led response to COVID-19.

The Club’s People, Culture, and Workplace Wellbeing team have engaged with employees across the Everton Family to design and create wellbeing resources and initiatives to assist colleagues through the pandemic and beyond. 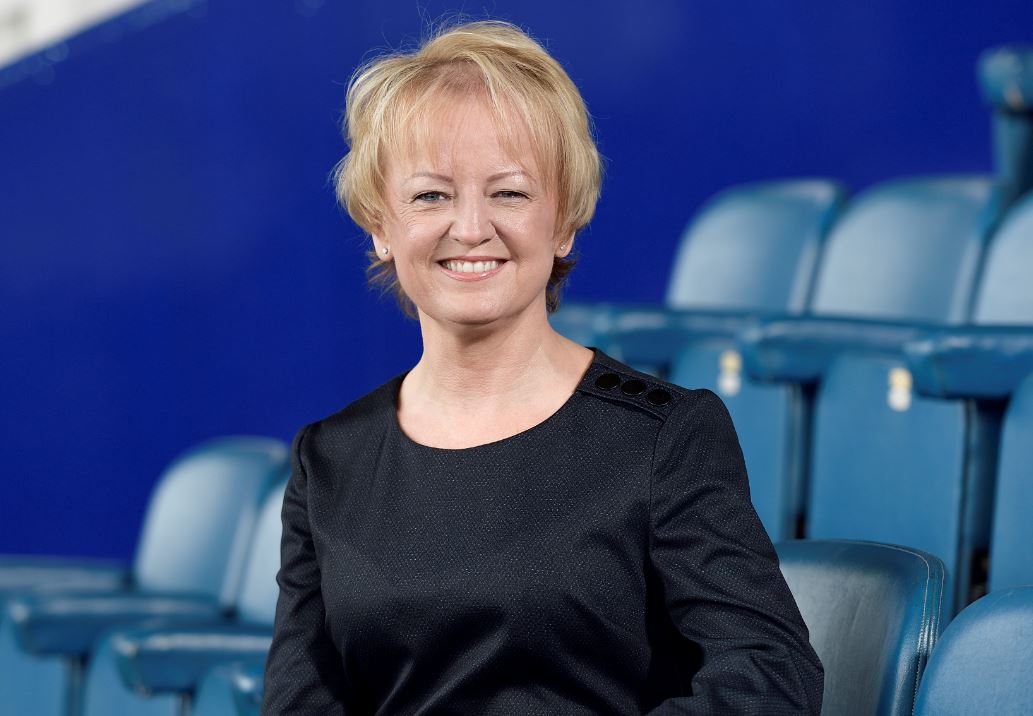 Kim Healey, Director of People, Culture and Workplace Wellbeing said: “We are the People’s Club, and I am proud that our people-centred approach is reflected in both our Best Companies accreditation and our recent Premier League Fan Survey results. Our people are central to driving positive change across our business, and we would not be where we are without their input and passion. We are delighted to receive these excellent results at what is such a challenging time for everyone.

“Empowering our people to share their ideas and feedback – including what we could do better – is vital in helping us move forward as both a business and as a top-choice employer. It is an exciting time to work at Everton as we look to the future, with a new waterfront stadium and the Goodison Legacy project on the horizon. We want all of our people to be proud to be part of the Everton Family.”

Flexibility around working patterns has been embraced, and the focus of mid-season and end of season reviews has shifted, so that while performance still features, the emphasis is on wellbeing.

Using feedback, the Club also launched the Together Everton pledges, to further develop a culture that encourages employees to embrace and maintain a collective focus on health and wellbeing.

Supporting activity around the pledges has included the introduction of Wellbeing Champions for every area of the business, who work with the People, Culture and Workplace Wellbeing team to develop Club-wide wellbeing strategy and action plans. The Wellbeing Champions have introduced a virtual John O’ Groats to Lands’ End activity challenge and have helped raise awareness of staff wellbeing benefits.

The world-class employee engagement rating follows on from the Club’s outstanding Premier League Fan Survey results, which saw Evertonians give the Club its highest scores in the survey’s 25-year history.

In a second-leg of publicity Everton also announced even more good news as they won a UK Sponsorship Social Impact Award for fan-focused ‘More than Eleven’ 2020/21 kit launch.

Everton and technical partner hummel’s More Then Eleven 2020/21 kit launch campaign, which spotlighted the strong bond between the Blues and their diverse worldwide fanbase, has taken the top prize at the UK Sponsorship Awards.

Everton and hummel won the Sports Partnerships - Football – Social Impact category for their 2020/21 first, second and third kit launches – the first collaboration between Everton and their new technical partner.

As the world faced the pandemic, and football was dealing with its impact, the More Than Eleven campaign focussed on the relationship between Everton – The People’s Club – and its worldwide community whose role is vital to the Club’s success.

Each kit launch aimed to celebrate and embrace the diversity within the club’s passionate fanbase and promote equality and inclusion for all – and saw members of Everton in the Community’s disability programme become the lead models for the record-breaking seafoam and charcoal third kit.

The home kit built on the emotional connection between the fans and Club, charting how the game has changed, enduring icons, and how Evertonians show strength in unity. Former Everton player Thomas Gravesen, also a hummel ambassador, featured in the launch video talking from personal experience about Evertonians and the Club’s sense of passion and family.

The away kit celebrated Everton’s famous amber and blue away kits of the 1960s and 70s and those fans who enjoy away days, while the longstanding ties between hummel and Everton were also reflected with references to the white hummel boots worn by Alan Ball in the 1970 title season.

hummel’s teaser video showed the Goodison Park ‘Holy Trinity’ statue (Howard Kendall, Colin Harvey and Alan Ball) bathed in an amber light, and the kit was unveiled with a video using vintage footage of the teams of the 1960s and 1970s in an amber kit alongside contemporary footage of fans around the world.

The Third kit launch delivered a first for football – a ground-breaking non-player led kit which saw six players from Everton in the Community’s Disability Programmes  become the lead models for the campaign, appearing in all retail, creative and in-store materials – and showcasing hummel’s commitment to investing in Everton in the Community.

The launch also celebrated the 20thanniversary of Everton in the Community’s Disability programmes, and saw hummel pledge to invest directly into Everton’s disability projects, including leading a year-long education and training initiative that will see 20 Everton in the Community participants join the Stage One Coaching Programme, opening up opportunities for future employment as disability coaches. Fans from across the world took to social media to praise the Club’s inclusivity.

More than Eleven created a wave of support and excitement online with fans praising the new kit designs and the people-focussed campaign – leading to the Club’s three most successful kits of all time.

The 2020/21 home kit is now the Club’s fastest-selling Everton kit and holds the highest-ever one day sales record, the amber and blue away kit is the number 1 highest-selling away kit in the Club’s history and the seafoam and charcoal third kit gave Everton their highest ever first day sales for a third kit.