A study of the eating habits of superheroes from more than 40 films has revealed that our leading characters have one thing in common – fighting evil on minimal nutrition.

The research, commissioned by Knowsley-based cooking appliance manufacturer Belling and carried out by Tom Craig, a Visiting Professor in Film at the University of Malta, found that the superheroes are often depicted snacking on junk food such as waffles, churros, pizza, and cheeseburgers. 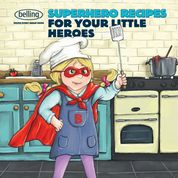 Of the 43 films analysed, only 18% featured even one of our heroes’ recommended five-a-day fruits and veg, while dessert foods such as ice cream, cake, and cookies account for 30% of the on-screen food sightings.

Pizza is the most commonly-eaten dish, appearing in 9% of the movies, and Eastern is the favoured cuisine with Japanese, Thai, and Chinese dishes cropping up in another 9%.

The superhero with the least nutritious diet is Spider-Man, who enjoys chocolate cake, chocolate chip cookies, gummy worms, a churro, and doughnuts throughout his various iterations. Meanwhile, Natasha Romanoff, also known as Black Widow, is seen eating a peanut butter sandwich as a full meal in Avengers: Endgame, and Eddie Brock and his symbiote Venom eats nothing but deep-fried tater tots more than once.

Healthy exceptions to the rule include animated favourites The Incredibles enjoying a balanced home-cooked dinner, Bruce Wayne blending spinach smoothies between defending Gotham as Batman, and Iron Man himself, Tony Stark, snacking on crudités and blueberries.

The most exotic meals eaten by these much-loved characters include Bruce Banner enjoying Brazilian Picadinho a Brasileria stew in The Incredible Hulk, The Avengers enjoying shawarma after saving New York in the eponymous film, Scarlet Witch and Vision cooking paprikash in Captain America: Civil War, and Eddie Brock biting into a live lobster in Venom.

Inspired by the study, Belling has created a superhero-themed recipe book which recreates ten as-seen-on-screen dishes as healthier, family-friendly versions. The book, Superhero Recipes For Your Little Heroes, is available for free via Belling’s website.

Jane Rylands, Head of Marketing Communications at Belling, said: “Given the popularity of the superhero film genre, it’s no surprise that viewers are inspired by what they see on the screen – and we know that this means our little ones will want to eat the foods they see Iron Man and Elasti-Girl enjoying too.

“As Belling’s been at the heart of the family home for more than 100 years, we understand the importance of instilling a love of cooking from an early age and we hope our superhero recipe book will help to do just that.”

Commenting on the importance of food in superhero films, author and academic Tom Craig added: “Superhero movies are hugely significant, with the Marvel Cinematic Universe now the largest franchise in film.

“The food eaten by our heroes often performs a narrative function, but production companies are also aware that dedicated fans apply themselves to debating and replicating the eating habits of modern superheroes with Disney even going so far as to dedicate dining experiences themed around super-meals at its parks. It’s clear that the food and drink portrayed in superhero films is much more than a background prop.”

Recipes created by Belling include:

Families can request a free limited edition printed copy of Superhero Recipes For Your Little Heroes or download a PDF at www.belling.co.uk/superheroes