David Challen, who successfully campaigned to have his mother released from prison after she killed his abusive father, will be the keynote speaker at this year’s Merseyside Domestic Abuse Conference.

Sally Challen was subjected to years of psychological and sexual abuse at the hands of her husband, Richard, and she ultimately killed him with a hammer in the former family home in 2010.

In a high-profile hearing last year, the Court of Appeal quashed her murder conviction after judges recognised the ‘coercive control’ she had suffered as a form of domestic abuse. 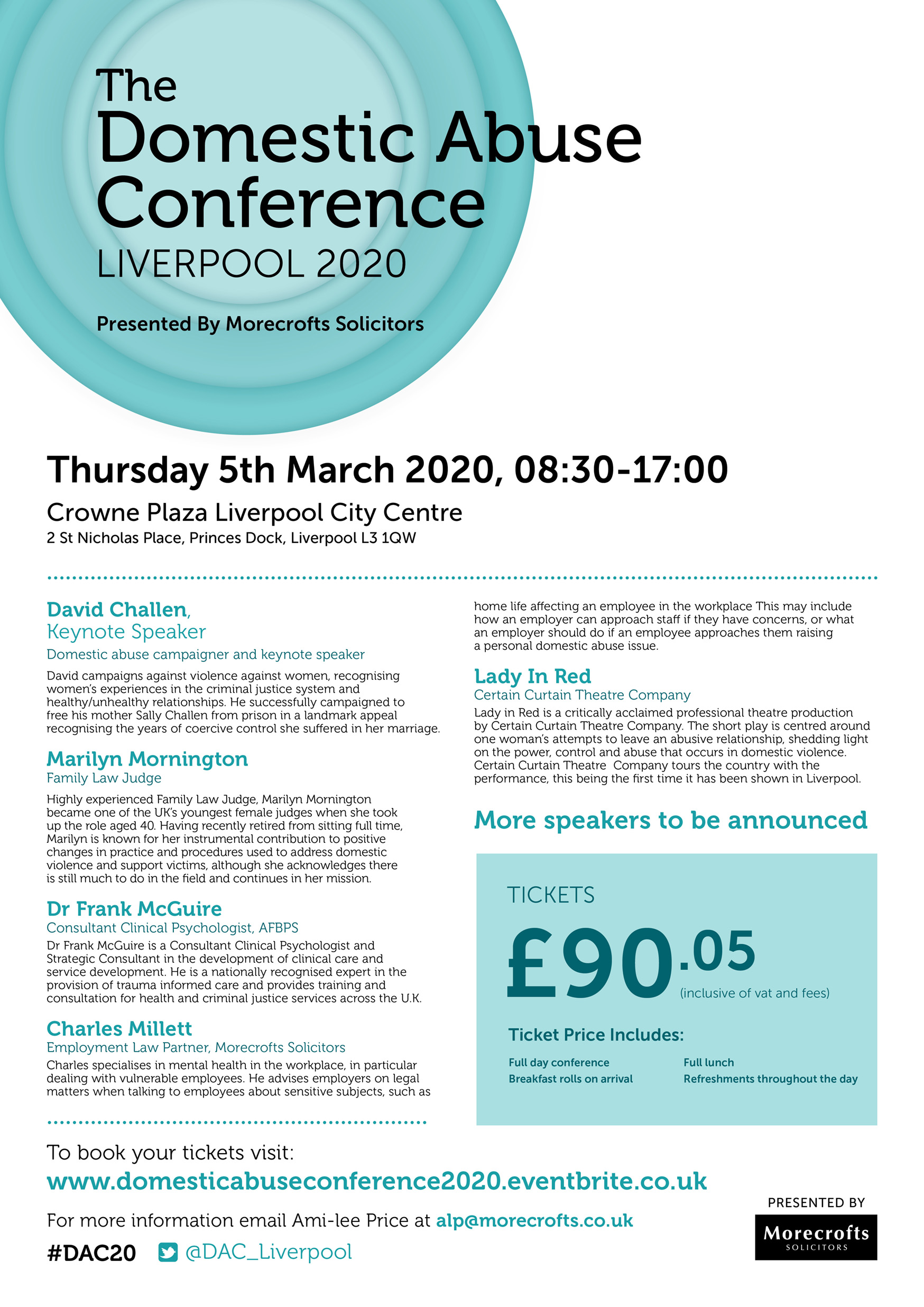 Recounting the family’s ordeal and discussing their attempts to rebuild their lives, David will address delegates at the conference, which takes place at The Crowne Plaza Hotel in Liverpool City Centre on Thursday 5 March.

He will be joined at the event, organised by Morecrofts Solicitors, by highly experienced family law judge Marilyn Mornington, who became one of the UK’s youngest female judges when she took up the role aged 40.

Also speaking is Dr Frank McGuire, a consultant clinical psychologist who is the clinical lead for the development of a new model of adult secure care across Mersey Care NHS Foundation Trust. Having previously led a number of child and adolescent services working with vulnerable and complex children and families, he also leads a specialist personality disorder service working in partnership with probation and criminal justice organisations.

There will also be a dramatic performance by the Certain Curtain Theatre Company, presenting their award-winning play Lady in Red, which explores a woman’s attempts to leave an abusive relationship and the barriers she faces.