Kim Healey, Everton Football Club’s People Director, has been named as one of the most influential HR leaders in the UK.

Kim, who joined Everton in 2015, has been named in the ‘Making Waves’ category of HR Magazine’s Most Influential ranking, released this week. Kim is the only HR Professional from a football club to make the list, and joins HR specialists from the Home Office, technology and housing sectors in her category.

She joins Rachel Brace, HR Director at the FA (Most Influential Practitioner category), as one of two entries from the football industry.

Kim joined Everton in 2015 as Head of HR, before being appointed People Director in 2018. 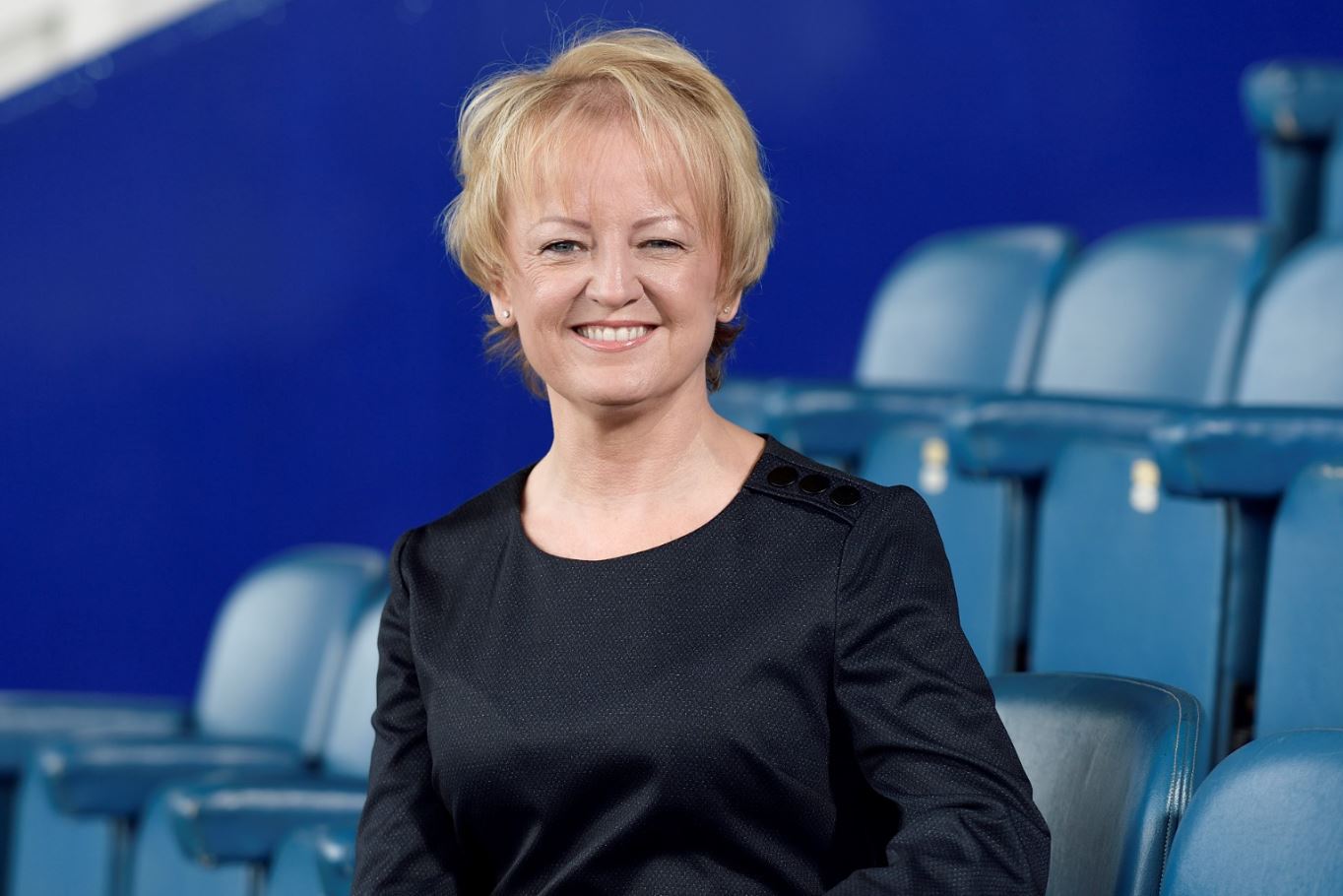 Working to achieve the vision for the Club set out by Chief Executive Officer Professor Denise Barrett-Baxendale, Kim leads on the internal ‘People Strategy’ that saw Everton become the first Premier League club to be named on The Sunday Times 100 Best Companies to Work For (2018). In 2019 the Club jumped 25 places in the list to 71st, increasing from a 1 to 2 stars Best Companies rating. In 2016 Everton became the second Premier League club to be accredited as a Living Wage employer and is a Principal Partner of the Living Wage movement.

A key member of the Club’s Executive Leadership Team, Kim has developed and led an extensive people engagement strategy at Everton, encompassing reward and recognition, pay and benefits, work environment, safeguarding and staff welfare across the Club, its award-winning charity Everton in the Community and Everton Free School and Football College. Kim also helped manage the Club’s move to new state-of-the-art headquarters at the iconic Royal Liver Building Liverpool’s waterfront in August 2018.

Kim also leads the Club’s Inclusion and Diversity strategy which saw the launch of the All Together Now campaign in December 2018, and Everton achieving a number of firsts – such as being the first Premier League club to become a Disability Confident employer, and winning the ‘Champion of Champions’ at the inaugural Autism Gold Awards after training 250 staff in autism awareness as well as employing matchday stewards on the autism spectrum. In June this year, the Club was named a Disability Confident Leader.

Kim began her career in operations before moving into training and has worked in HR for more than 27 years. She held HR generalist roles in retail and finance before entering the world of football 16 years ago, with HR Manager roles at Blackburn Rovers and Wigan Athletic. Kim was shortlisted for the HR Excellence Awards HR Director of the Year 2019 and is an Industry Ambassador with Edge Hill University.

Professor Denise Barrett-Baxendale, Chief Executive Officer at Everton, said: “Kim has truly embraced our ‘One Club’ mentality and has been instrumental in helping us bring the Club, our award-winning charity Everton in the Community and our Free School and Sixth Form College closer together in terms of identity and location.

“Alongside her HR People Team, Kim has put in place structures and initiatives that have not only provided a platform for our people to grow, develop and fulfil their potential but also embrace and live the values of Everton.

“Everton has a history of being a pioneering Club and we are proud that we are recognised as being among the best in our industry with regards to welfare and development of our people. I am delighted for Kim that she has been recognised nationally and proud to have such an inspirational and innovative professional in our Everton Leadership Team.”

Jenny Roper, editor of HR Magazine, said: “These are the practitioners and thinkers whose ideas and actions are shaping practices in HR at a critical time for UK organisations. On the practitioner side these are professionals whose work over the last year goes beyond successful outcomes at their own organisations to inform the work of others in the profession.

“Kim is one of a handful of HR directors showing the fantastic things that can be achieved at sporting bodies with strategic, innovative people practices. Our Making Waves list celebrates practitioners putting HR on the map in their business. Kim is certainly doing just that. We can’t wait to see what she achieves next.”