It is one year shy of a century since Carrie Morrison became Britain’s first female solicitor in 1922, taking advantage of the Sex Disqualification (Removal) Act that had been passed by Parliament three years earlier.

Leading Liverpool city region lawyer, Alison Lobb, is a big admirer of Morrison whom she believes is a pioneer who paved the way for women such as herself to forge successful careers in the law.

Alison, who since 2014 has been managing partner of one of Merseyside’s best known law firms, Morecrofts Solicitors, believes there has been huge progress since then but also says there is still some way to go, particularly when it comes to female representation in the upper echelons of the profession. 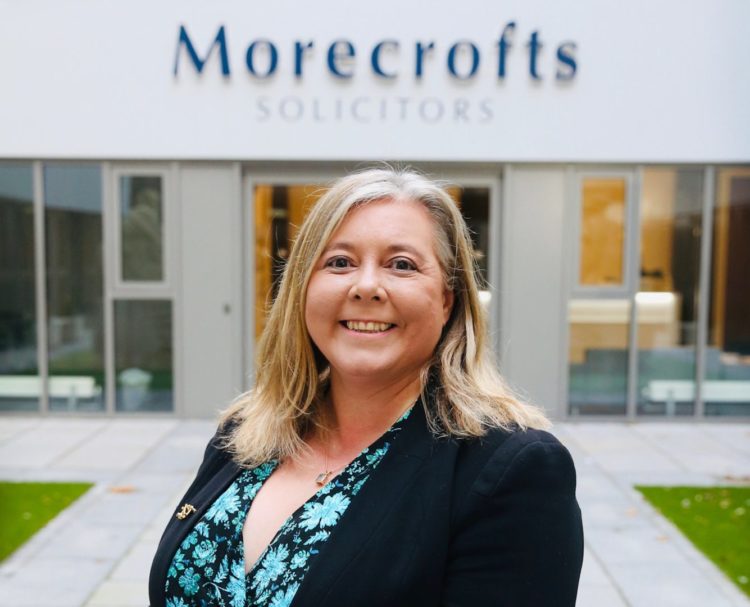 As recently as 1995, Ruth Harris made history upon joining City law firm Ashurst when she became one of the the first female lawyers in the UK who was allowed to wear trousers – an illustration of how absurd mindsets still persist.

According to the Law Society, since 1990 more than 60% of new entrants into Britain’s £28bn legal profession have been female. There are now more women than men practising as solicitors.

However, as Alison points out, there are still too few women in senior positions, particularly at many of the bigger corporate firms. Research carried out by the FT at the beginning of 2020 found only a a fifth of senior lawyers, or partners, were female and just under half of associates.

“There are still relatively few women rising to senior positions, particularly in the bigger firms,” said Alison. “That is maybe less true in Liverpool but it is certainly the case in national firms. Many careers seem to reach a plateau, and  in some cases that’s a choice made by individuals and of course that is ok.

“Organisations such as the Law Society are committed to addressing the disparity but I still think there are barriers created by unconscious bias. There are a lot of people talking about the issue but it needs to get beyond just talk. We need to see some actual movement. I think bigger firms can be less flexible in their structure and that makes change more difficult.”

That certainly isn’t true of Morecrofts. The full-service practice, which is based in Liverpool city centre and operates from a number of offices across Merseyside, employs a total of 108 people, including 11 partners. Of the overall headcount, 85% are women and seven of the 11 partners are also female.

Alison added: “We don’t have any specific policies or processes to encourage more women into the firm or to progress while they are here. I think we moved beyond that some time ago, well before I became managing partner. We just instinctively look at everyone as a person – we don’t see women as a different species.”

Alison joined Morecrofts as a solicitor in 1999 and, even when she became managing partner, she said she didn’t have a great awareness of her gender being a particular issue, until she attended a Liverpool Law Society dinner for managing partners in 2015.

She explained: “I really sat back and realised that I was actually quite a rarity. There was only one other female managing partner in that room back in 2015. That has increased, but we are still markedly in the minority.

“You sometimes see it in the mindsets of clients. If you deal with a client firm which has a male-dominated leadership team they are more likely to have an expectation of dealing with a man. One of our female solicitors went out to meet a new client for the first time and she took along one of our trainees, who happened to be male.

“Subsequent correspondence and calls from the client were directed by the client to the trainee, not to the female solicitor, despite instruction to the contrary. This is the problem with tackling unconscious bias. You can’t just flick a switch and things change. You have to work to change mindsets over a period of time.”

Alison believes one of the barriers to female progression in professions such as the law is the reality that women still make up the majority of carers in society. They are often trying to juggle the demands of their families and their careers, and firms with inflexible policies don’t make that any easier.

“I spoke at an event just before lockdown last year,” she said. “Afterwards I spoke to a woman who was joining a law firm. She had asked if she could work from home one day a week but they had said no. Firms who do this are doing themselves no favours. They risk losing excellent people through their own inflexibility.

“At Morecrofts, we recognise that people have childcare responsibilities or they might be caring for an elderly relative. So we look at ways in which we can accommodate that. Not only is it the right thing to do, it makes perfect business sense. We make it easier for great people to carry on delivering high quality work for the firm and our clients. It’s a win-win. Why would you not do that?

“One of the things we have seen a lot of in Liverpool is women who work for larger firms making the decision to set up their own practices, which is fantastic. They had decided working for a bigger firm didn’t suit them or their lives.

“At Morecrofts we have a big family law department. There are a lot of women working in family law and I think that is largely because, generally women tend to be able to adopt a more empathetic approach when dealing with clients. Family law can be a very emotional part of the profession.

Alison says Morecrofts has fared well during the COVID-19 lockdown. Due to previous investment into digital technology the firm was able to arrange for people to work from home easily within a couple of days. However, while she is immensely proud of how her team has adapted, she is concerned for the welfare of people in the legal profession.

“Some of our business streams have fluctuated but the  majority of our people have continued to work throughout the pandemic,” she added. “What I am concerned about, though, are the levels of stress and burnout in the profession.

“Things such as childcare have become more of an issue with children being off school for long periods, or hard working lawyers expected to work and supervise learning at the same time. Other stresses on workloads have been exacerbated, for example by tacking the challenges brought by the artificially stimulated boom in property work, whilst dealing with third parties who do not necessarily have the technology to keep up.

“The courts and other organisations are struggling to adapt to the challenges of technology, and that impacts on a lot of our work.  We are talking to our team a lot to make sure they are ok.

“In some ways we have been very fortunate in the legal sector, compared to other sectors. But there is a risk that people are being taken for granted. It is so important that firms are offering help and support to their staff whenever it is needed.”