A once-in-a generation crisis such as Covid-19 is devastating for businesses no matter how well they are run.

But it is also true to say that it is the most adaptable and imaginative entrepreneurs that are more likely to come out of the other side in a relatively strong position. Antonio’s, a boutique bar & grill restaurant in Knowsley Village, is now looking to the future with confidence having endured a torrid 18 months. 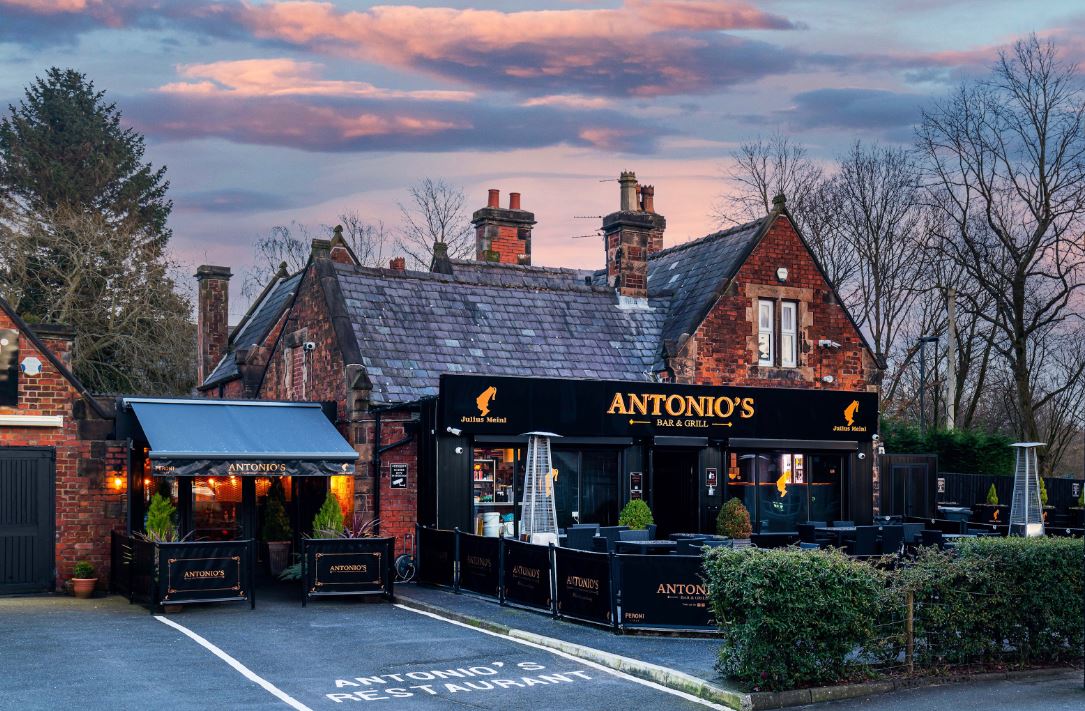 Founded eight years ago by Tony Cummins and run with his partner Donna, Antonio’s is housed in one of the former Earl of Derby Estate Cottages with a Shakespearean and Old English-inspired menu and feel.

But despite the link to the past, Tony is very much focused on the now and the future and throughout 2019, he had invested a significant sum of money to refurbish and upgrade the eatery which was already proving popular with diners.

“The Feedback we get from customers is fantastic and we know we have consistently been getting it right. Our goal is always about making sure our guests have a great dining experience,” said Tony.

“So we got into 2020 and we had invested all this money. Donna and the rest of the team, as always, were doing an incredible job. We brought in a brand experience agency called Ways To WOW to help us clarify our identity, train up the team, improve our offering and build a narrative around who we are and what we do.

“And on February 16, 2020, we relaunched the restaurant. For the following five weeks we were fully booked every night. We knew Covid was happening and we were seeing the pictures on the news from other countries. It looked bad but you think well ‘maybe it won’t be like that here’.”

Then, in late March, Prime Minister Boris Johnson went on the television to announce a lockdown and Antonio’s had no choice but to close its doors. However, the restaurant had a big advantage over many other outlets.

Tony explained: “While the Government forced restaurants to close it did allow them to run a takeaway service. But for a restaurant to suddenly switch to that from scratch is a very difficult thing to do and I’m not sure how many of them managed it.

“We were very lucky in that respect as we had been offering takeaways for a number of years. The most difficult part of doing that is maintaining the quality.

“But it is something we have been working on for a long time. For many restaurants it is about getting the quantity out there. But for us the quality always has to come first. Every meal that goes out of our kitchen, whether it is to a table in the restaurant, or whether it is to someone’s home, is seen by us as a chance for that guest to leave and become a brand ambassador for Antonio’s.”

“This is why every small detail is so important to us.”

In the midst of the 2020 relaunch Tony was about to embark on a recruitment drive. Fortunately, only one new person had been taken on during that initial period so when lockdown hit the staffing situation wasn’t as awkward as it could have been.

“We furloughed around six people initially,” said Tony. “We kept people on to keep the takeaway service going. But we also used the time during much of 2020 to be proactive and look at the different ways we could refine and improve what we do.

“We created a brand concept guide that aligned with our historic story and off the back of that developed marketing campaigns and new menus. As the main restaurant was closed due to the pandemic our first project was to polish up our takeaway concept.

“Our goal was to offer our customers even more of a reason to visit Antonio’s by adding restaurant quality dishes to our menu that could be enjoyed in the comfort of their own home.

“We rebranded all our packaging to suit the new concept as well as adding new dishes such as a Japanese Katsu curry, King prawn & wild mushroom linguine and hoisin duck pasta.

“Another thing we have changed is the opening hours. We used to open at 9am every morning right through to late evening. But that was putting the team under a lot of pressure and it was putting the quality at risk. 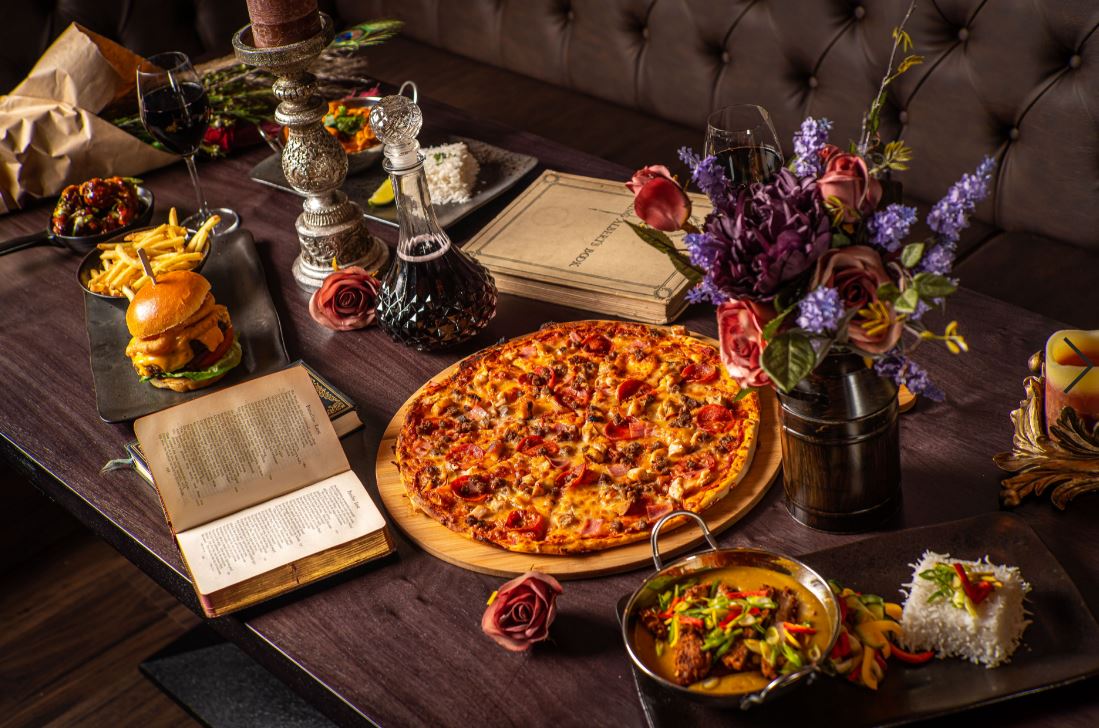 “So now we open both the restaurant and the takeaway at 4pm each day. And, despite opening for fewer hours, we find we are growing stronger as a business because we are maintaining a higher level of quality and that keeps people coming back.

“Where we are, in Knowsley Village, we are in a semi-rural location so we don’t have the footfall and access to the same casual dining market and tourists that we would if we were in Liverpool city centre. So we have to work hard to make sure that when guests come here they have such a great experience that they will want to come back.”

Similar to every other restaurant, Antonio’s saw a stop-start 2020. They were allowed to open again in the summer and into the autumn but a resurgence in the virus caused another lockdown. Tony added: “We were fully booked for New Year’s Eve and then we were told to close on December 30. I think by that point we were just relieved to get to the end of the year.”

One of the signs of a good business is low staff turnover. That is even more difficult to achieve in the typically more transient hospitality sector and has proved almost impossible for some during the pandemic.

Tony added: “There is a real shortage of people willing to work in hospitality right now and restaurants are struggling to fill vacancies. I think being on furlough has opened up the eyes of many people who have worked in hospitality. You may have had chefs working 60 hours a week and they have found jobs with the same money for less hours elsewhere in other industries.

“Here, we have not lost anyone. We have retained all of our staff and that is so important for me. The success of Antonio’s isn’t just about me and Donna, it is about the whole team. They are the reason we have such a great reputation. We all pull together and what we have built here is a combined effort.” and a team that our passionate and love what they do.

Tony says, inevitably, the business has lost a lot of money over the past 18 months but is proud that the efforts and imagination of him and his team have ensured its survival. It wasn’t until April this year they finally got a pay-out from their insurance company.

He said: “There was a court case that forced insurance companies to pay out to businesses such as ours. Prior to that, they were finding every excuse not to pay. It was terrible.”

But looking to the next few months with renewed optimism, he added: “Our next steps are now to focus on improving the main restaurant and newly refurbished ‘study’ area. This offers guests a unique dining experience in parallel with our local history and cosy boutique interior that welcomes all Antonio’s visitors to become part of our story.

“There are lots of exciting things to come including a new fine-tuned menu, daytime dining, Sunday roast and themed events. We have learned many lessons during the past year or so and that learning process is so important. 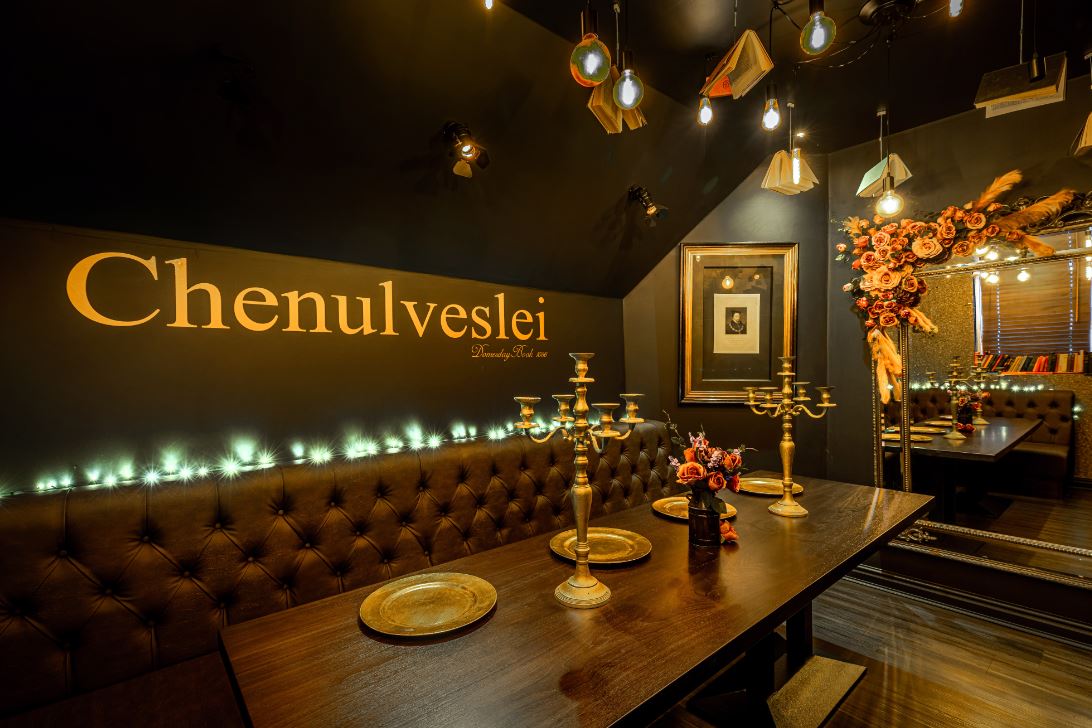 “Another thing we have also done is limit the number of diners to six in a single party. That way we make sure we maintain the intimate atmosphere. When customers come here for two or three hours we want them to be able to leave the troubles of the world at the door and have an amazing experience.

“We have had some incredible support from the likes of Knowsley Chamber and Knowsley Council. They were always at the end of the phone whenever we needed support.

“We may have lost a lot of money, but we have survived. There were challenges, hopefully of the like we won’t see again in our lifetimes. With Donna, and the love and passion of our amazing team, we have taken everything that was thrown at us and still we rise.”