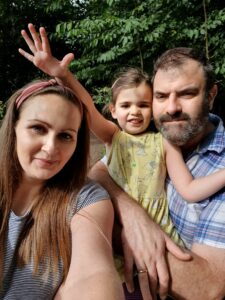 Back in 2015 Steve Crick was having a tough year. He and his wife were in the early years of taking on a bigger mortgage, they were going through IVF, and he was heading for a parting of the ways with his employer.

But like the best entrepreneurs and innovators, Steve didn’t look for excuses. In December 2015, he departed his highflying global role with a US producer of water treatment products and on January 1, 2016, he launched his first business.

Less than six years, and with some fraught days behind him, his Knowsley-based SolidTek, and its sister venture DosaFil, are now going from strength to strength. SolidTek manufactures and supplies solid paste water treatment products. It has a growing customer base but it still faces a big challenge to convince what is a traditional market.

There are health and safety concerns with using traditional liquid formulas including the dangers of handling, spillages and inhaling the harmful chemicals. Additionally, transport costs for liquid chemicals are far greater and contribute significantly more CO2 when compared to SolidTek’s solid products. 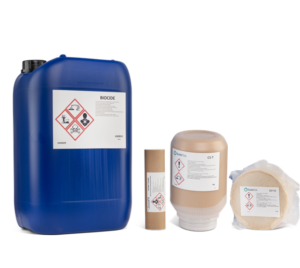 “It is a challenge but also a huge opportunity,” said Steve. “At the moment, solid paste water treatment products represent just 3% of the market. That means there is massive scope for growth. Our challenge is to get the word out there.

“Water treatment chemicals are used in all kinds of commercial settings – in hospitals, factories, large office buildings and in the heating and ventilation market. We see big potential, for example, in the new low carbon heart networks that are being set up in the UK. Water treatment is a critical part of that infrastructure.

“In SolidTek we don’t supply to those end users directly. We supply to the trade – to the companies that provide installation and service of water treatment systems. They are quite traditional and harder to convince, quite entrenched. They are more likely to say ‘well this is how we have always done it’.

“So we have to target our message at those we directly supply and also at their end users. We have to try to convince both our potential customers, and our customers’ customers of how valuable our products are.

“Fundamentally, the chemicals we produce do exactly the same job. It is just the form that is different. The liquid products that dominate the market  can contain up to 90% water. They are heavy, they take up space, require significant transportation, present a  risk of spillages and produce hazardous waste from the empty drums.

“If you are transporting them to, say, an office building, the risks around that are significant. Our products eliminate so much of that risk and the volume of plastic we use is reduced by around 80%. All our packaging is 100% recyclable.”

Steve has worked in the water treatment industry for more than 20 years. In March 1999 he began working as a service engineer, overseeing water treatment in facilities such as cooling towers and steam boilers.

He then worked his way up to become a sales engineer before leaving to work for another UK company called Waterchem. He started off in a regional sales role before eventually stepping up into a national tech support job.

He became involved in new innovation and, in 2009, played an instrumental role in introducing solid paste water treatment products into the UK market for the first time IN 2012 Steve was approached by a US manufacturer, which wanted him to run its European operation, also serving clients in Africa and the Middle East.

He said: “I was managing director of the European business. they were one of the original innovators of solid paste water treatment. I had a unique appeal for them because I also had experience of applying the products.

“However, we eventually parted company in 2015 as we had started to see things differently. That was a very tough year. My wife Sarah, who now oversees our marketing and operations, and I had only moved in 2012 and we had taken on a bigger mortgage.

“We were also going through IVF treatment at the time. We went through the IVF for 10 years and in 2017 we welcomed our beautiful daughter Ruby into the world.”

Steve knew the solid paste water treatment products had huge potential. A Knowsley businessman, Gary Harrison, was a client of Steve when he was at AP Tech and the two had become personal friends. It was Gary’s counsel that led Steve to decide to go for it and set up his own business.

He explained: “I told Gary my woes and he said to me ‘why don’t you just make this stuff yourself?’. He offered me a space in his factory and use of his lab. So SolidTek was born. I arrived at the unit on January 1, 2016. I had never manufactured anything before, so it was one hell of a learning curve.

“On that first day I had no products, no manufacturing equipment and no customers. By the end of that first year we had 40 products and a good portfolio of customers in the UK & Europe. That year we turned over about £100,000.”

Steve uses ‘we’ a lot when he talks about those early days but, while he did have great support from people such as Gary and from Knowsley Chamber, for that period of time it was basically just him.

“It was knackering,” he added. “I was working nine to five in the lab trying to get the products right and then I was spending the rest of the time doing all the things you need to do to set up a business – sourcing equipment, winning customers, talking to lawyers and accountants, producing literature.

“I wasn’t earning much at that point. I was only able to pay myself the bare minimum and Sarah was having to pay the mortgage. There were times when I would think to myself ‘how much longer can I keep doing this before I have to pack it in and go and get a job?’. It was a very scary time.

“One of the challenges was getting the product right. First, I had to produce 100g, get it tested, and then scale up to 100 kilos and then eventually 500 kilos. That process wasn’t easy. Luckily, we didn’t have too many failures, but it still took several months. If I got an order I would have to do all the manufacturing labelling and packing. It was all just me.

In the second year, SolidTek turned over around £250,000 and Steve began to make real progress. He was able to move out of the space Gary had allowed him to use and took on his own premises 300 metres down the road in Knowsley.

What he calls an “absolutely critical” intervention came in 2017 when he secured an £80,000 loan from Liverpool-based business loan and finance provider MSIF to finance R&D and new equipment. 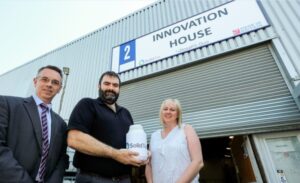 “The help of George Wright and Sue Chambers at MSIF was priceless in getting the business to where it is now,” said Steve. “They helped secure the money for me via the Northern Powerhouse Investment Fund. In 2017 we also launched DosaFil, under which we have developed engineered products for use in closed water systems. It was a world first designed for use with solid paste products.”

Constant innovation has been key to the growth of SolidTek, which now employs five people with a plan to increase headcount over the next year or so. Steve admits that sometimes perhaps too much time can be spent on R&D but also believes it is essential to keep the business competitive.

In 2019, the business hit a setback when a company that supplied its chemical dissolving equipment, an essential part of the mix, was exiting the market. Steve persuaded them to keep the supplies going until SolidTek could develop its own dissolving equipment solution.

“We then enlisted the help of Liverpool John Moores University via the LCR 4.0 scheme,” said Steve. “They provided a student to help us with the R&D to develop our own dissolving product.

“That provided a real springboard, and we secured another £50,000 from MSIF to help us bring that product to market. Now we offer what is the first sold chemical dissolver made in the UK.”

As was the case for many businesses, SolidTek endured a tough time during the COVID-19 pandemic. Given the challenge of convincing people to change from liquid products, not being able to get out and meet people was a big setback for the business.

Steve added: “We spent a lot of time in R&D during that period – finishing existing projects and starting new ones. But it is so important now that we get back out there and start to re-engage with customers and potential customers again. We need to get ourselves in front of the right people. It has been a hard slog, but we are getting there.”

Every business is different, and every entrepreneur has to forge their own path. But Steve’s advice to those aspiring to launch their own business is to reach out and seek support. The backing of MSIF was critical and Steve is also full of praise for the help he got from Knowsley Chamber.

He said: “My route into all the support I have had started with Knowsley Chamber. They called me up and the help I received from Lesley and her team (chief executive Lesley Martin-Wright) has been incredible. I speak to other people around the country and it is clear to me that Knowsley definitely punches above its weight.

“They helped put me in touch with MSIF and with the Liverpool City Region growth company (Growth Platform), and that was really important. But sometimes it is the small things that can make the difference when you are on your own. Just an encouraging email, or a friendly voice on the phone – it can be so powerful.”