Your browser does not support JavaScript!
Home > News > John shines a light on the importance of social care workers

87 year old John Bettle has been a Huyton resident for over 65 years, after a fall John has needed support with is daily living. For the past months John has been supported by local charity and Chamber Member, Caring Connections to maintain his independence.

John has always been a very independent man, spending over 30 years in the merchant navy and has 4 grown up children. A proud grandad and an active member of the local community, however after his fall his life has changed and his social interactions had to reduce and home care was necessity.
Adapting to homecare is often tough both for individual and family in general especially in the midst of COVID 19, however John adapted like a trooper. 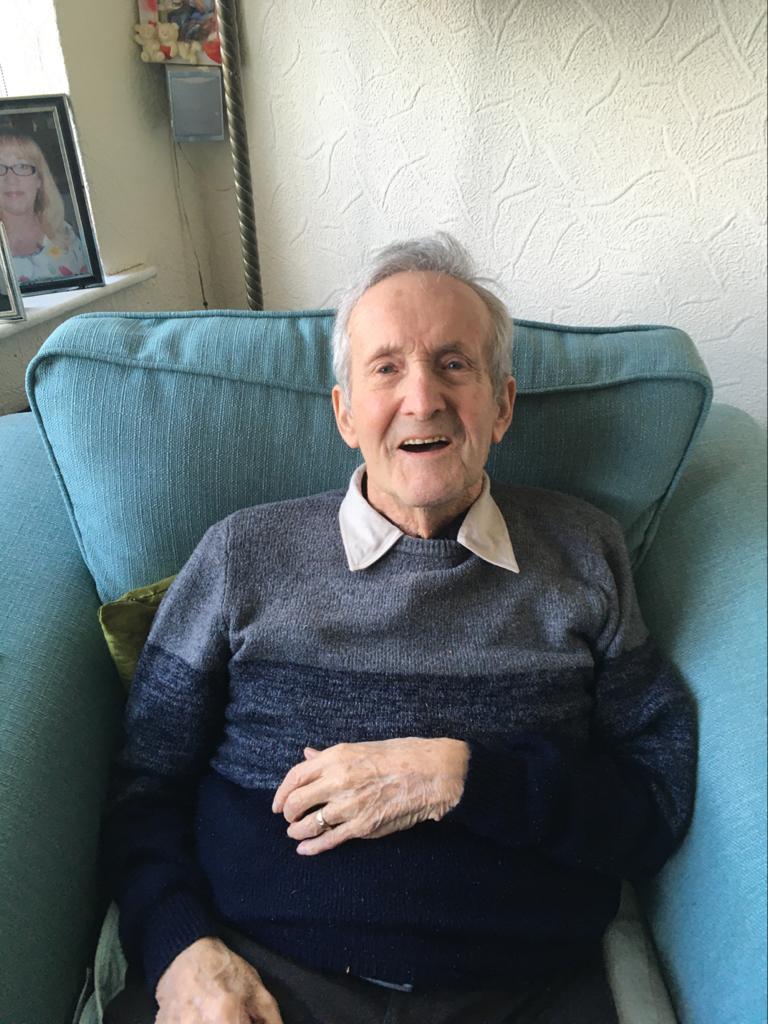 Gillian, John’s daughter, stated ‘At first we were all really anxious, it was massive change in way of life and having strangers come into the house and support dad was a worry. You hear all horror stories about social care etc. I have to admit it couldn’t be further from the truth, Johns care has been exceptional from day one. These carers are now like family members and my dad treats them so. Especially Brian whom he treats as a son’

John has adapted so well to his new situation he has now become an advocate in shining a light on the work of social care workers. He has recorded a number of videos thanking staff, doing his daily exercises and giving out employee of the month, his videos are now a hit on social media with thousands of views and comments.
John said ‘ I couldn’t thank the carers enough and they don’t get enough recognition for the work they do’.

Paul Growney CEO of Caring Connections said: ‘John is a very popular man amongst the whole team, a true gentleman who always leaves our carers with a smile. In these tough time people like John have been as much a source of support to our carers as our carers have been for them. People really don’t realise the difference a social care worker makes and John has been fantastic in raising the profile.’