Now in its 17th year, the Knowsley Business Awards is the largest awards ceremony of its kind in the Liverpool City Region and drawing upon previous years’ success is now an eagerly anticipated event in business and social calendars. 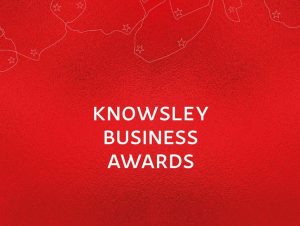 Attracting 850 guests from across the North West and beyond, the awards celebrate Knowsley’s outstanding business community, the energy, determination and commitment of individuals and organisations that are driving forward Knowsley’s economic success.

This year, a total of 13 awards will be presented which will recognise achievements in a range of categories including Excellence in Manufacturing, Housing Development of the Year, Employee or Apprentice of the Year and Independent Business of the Year.

“I am delighted that nominations for this year’s awards are officially open. I know that many organisations are already chomping at the bit to submit a nomination, so the fact that we have this interest even before the nominations are live, is a testament to how popular and successful these awards have become.

“There’s a wide range of categories for this year’s awards, from small businesses, to larger organisations and, importantly, a category for independent businesses, so there really is an opportunity for everyone to enter. I would encourage people to take a look at the categories on the website to see which one is most suitable and fill in the nomination form.”

The Knowsley Business Awards provide a fantastic opportunity for organisations to showcase their successes and accomplishments and to raise the profile of their company.

“The Business Awards are one of the highlights of our annual calendar here in Knowsley. We have a remarkable business community and the awards are a real celebration of the wonderful organisations and individuals who are dedicated towards helping Knowsley’s economy to grow.

“We have an abundance of success stories to share and the awards ceremony provides a wonderful opportunity for everyone to come together, appreciate the efforts of so many businesses and individuals and take a moment to reflect on the year gone by. It is an event not to be missed in my opinion!”

For the full criteria for each category and to complete a nomination form, visit the Knowsley Business Awards website. You can also book tickets for the ceremony and find out more about the event and last year’s winners.

Lead sponsor for the 2019 Knowsley Business Awards is PLP, a specialist UK logistics and industrial property business that develops, manages and owns prime logistics real estate throughout the UK. PLP acquired a 37 acre development site on Knowsley Business Park in 2019 which is being actively marketed to occupiers for pre-lets of up to 800,000 sq. ft. of industrial and distribution units.

“We are proud to be a sponsor of this year’s Knowsley Business Awards and recognise successful local businesses. We are also excited to become part of Knowsley’s business community where we will be developing up to 800,000 sq. ft. of new employment space at Knowsley Business Park, delivering significant employment and investment opportunities in Knowsley and the wider city region.”

For the full criteria for each category and to complete a nomination form, visit the Knowsley Business Awards website.

Shining the spotlight on Krol Corlett – Contractor of the Year 2018

Knowsley-based Krol Corlett has been delivering construction projects across Liverpool, Manchester and the North West for the past 50 years. Throughout that time, the company has been committed to developing talent and working with the communities in which it operates.

The company was recognised as Contractor of the Year at the 2018 Knowsley Business Awards after impressing the judges with its commitment to delivering social value in Knowsley and beyond. More recently, Krol Corlett has also been named SME of the Year at the North West Regional Construction Awards 2019 and has been nominated for the ‘Growing Company of the Year’ Award in the British & Irish Trade Alliance (BITA) Awards 2019.

Simon Krol, Director at Krol Corlett said: “We are delighted to have won the Contractor of the Year Award at the Knowsley Business Awards, building on our achievement as SME of the Year at the North West Regional Construction Awards.

“It’s been an excellent year for Krol Corlett, and these awards are a brilliant way to evidence our high standards across the business.” More