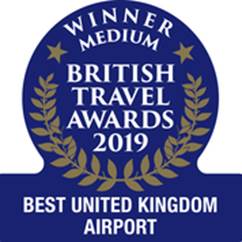 Firstly, Liverpool John Lennon Airport was proud to announce that they were the winners of the Best Medium-sized UK Airport at the 2019 British Travel Awards!

The awards were hosted in London on 27 November, attended by nearly a thousand travel industry people. Voting for the UK Best Airport Award was based on a public voting system.

We would like to extend our thanks to the public who voted for us and those who helped us achieve this accolade! As the Faster, Easier, Friendlier Airport of choice in the North West we pride ourselves on the great services we provide our passengers as they jet off to their next holiday. At Liverpool John Lennon Airport we cater for everyone’s needs with more than 70 destinations offering a whole host of holiday destinations all year round.

John Irving, CEO of Liverpool John Lennon Airport said: “We are delighted to win this prestigious award. Liverpool John Lennon Airport is at the Heart of the North West and now serves over 70 destinations offering passengers from across the North West and North Wales a truly Faster, Easier, Friendlier experience. With security process times of under ten minutes and parking to gate in 15 minutes, we offer a family friendly experience for all passengers. This year, we have launched new routes to Vienna, Copenhagen, Guernsey, Varna, Paphos, Corfu and Tenerife, and continue to look to expand our route offering to allow passengers travelling for business or leisure to enjoy a stress-free start to their journey.”

Lorraine Barnes Burton, British Travel Awards’ chief executive said: “Liverpool John Lennon Airport is to be congratulated on winning the UK’s Best Medium-sized Airport. Competition was particularly strong this year but ultimately it is the travelling public who decide the winners by voting for the travel companies they consider the best in the business. The British Travel Awards is the largest consumer awards programme in the UK and to win is truly an accolade.”

Award winning LJLA recognised as being the best in the UK – again!

For the second time within a week, Liverpool John Lennon Airport received another top industry accolade and was recognised as being the best UK airport of its size. 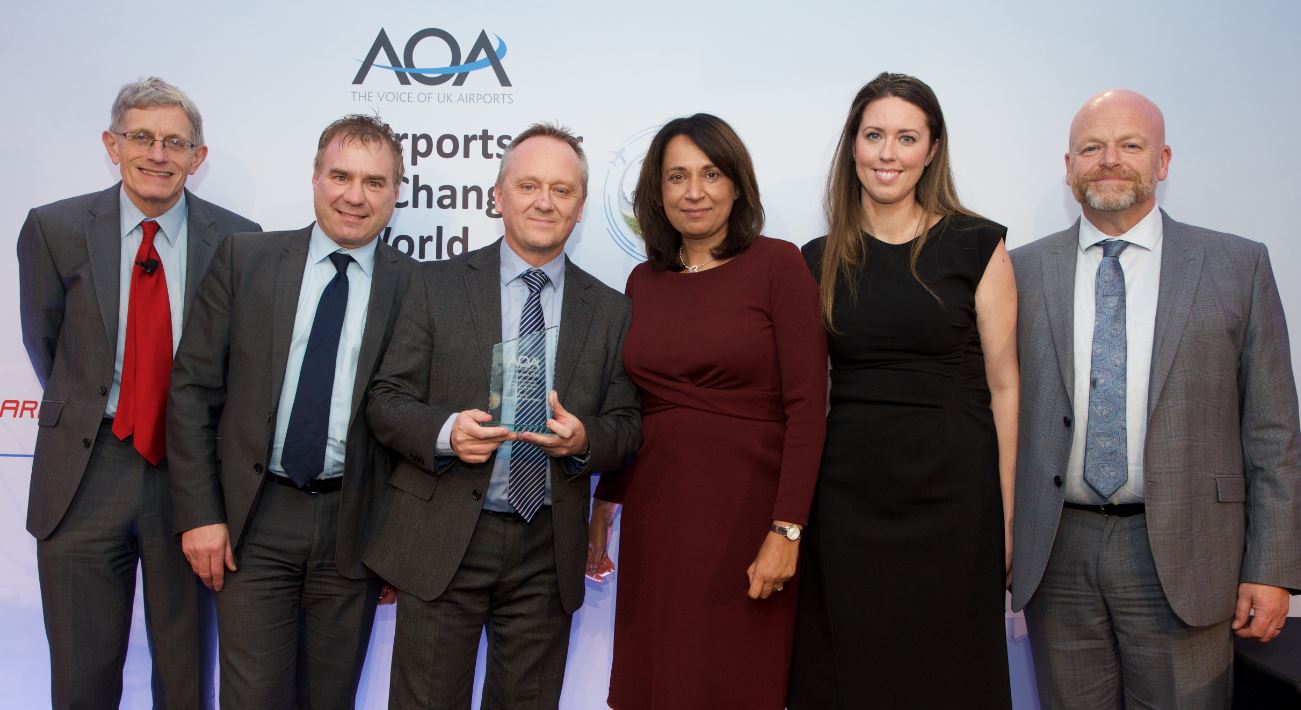 The award was voted for by Airlines UK, a trade organisation that represents UK airlines and awarded to LJLA in recognition of the Airport’s success in offering a best in class passenger experience and becoming the Faster, Easier, Friendlier Airport of choice for passengers from across the region.

The Airport’s award entry focused on a number of achievements including more destinations and more passengers whilst maintaining the highest levels of customer service. Queue times to pass through security for 97% of all passengers is just 10 minutes or less and Liverpool is the only UK airport to receive a 5-star airport rating by the world’s leading air travel intelligence company OAG for flight punctuality, confirming its status as the UK’s faster, easier, friendlier airport.

John Irving, CEO for Liverpool John Lennon Airport commented, “This is a special award for the Airport as it demonstrates how well respected we are not only by passengers from across the region, but within the aviation industry too.

This award is testament to all the hard work put in by our employees and business partners here at the Airport to ensure the highest levels of service to both our passengers and airline customers.”

Karen Dee, Chief Executive of the AOA said, “The AOA Awards showcase the sector’s vibrant and innovative work that is globally leading. The Awards were a sample of that best-in-kind work, from improving aviation’s sustainability to continuously improving our passengers’ experience of airports and aviation. Congratulations to them all!”