Loganair has commenced their second service from Liverpool John Lennon Airport (LJLA) with their first flight from Liverpool to Derry in Northern Ireland.

This is currently the North West’s only service to Derry and flights will initially operate to City of Derry Airport four times a week, increasing to a daily service in July.

LJLA’s Fire and Rescue service helped to celebrate the occasion with one of their traditional water cannon aircraft baptisms used to welcome inaugural flights, as the arriving Loganair Embraer 145 jet from Derry taxied towards the airport terminal.

Loganair are the Airport’s newest airline partner, having first operated scheduled flights from Liverpool last year when they took over the popular Isle of Man service following the demise of Flybe.

Robin Tudor, Head of PR for Liverpool John Lennon Airport commented, “It was great to celebrate a new service from the Airport for the first time this year as we begin to see more passengers returning to air travel.

This is currently the North West’s only air link between Derry and Liverpool and we expect it to be popular with passengers visiting at both ends of the route. Derry is a fantastic City and serves as the main gateway for the entire North West of Ireland, being at the heart of the Causeway Coastal Route and the beautiful Wild Atlantic Way.” 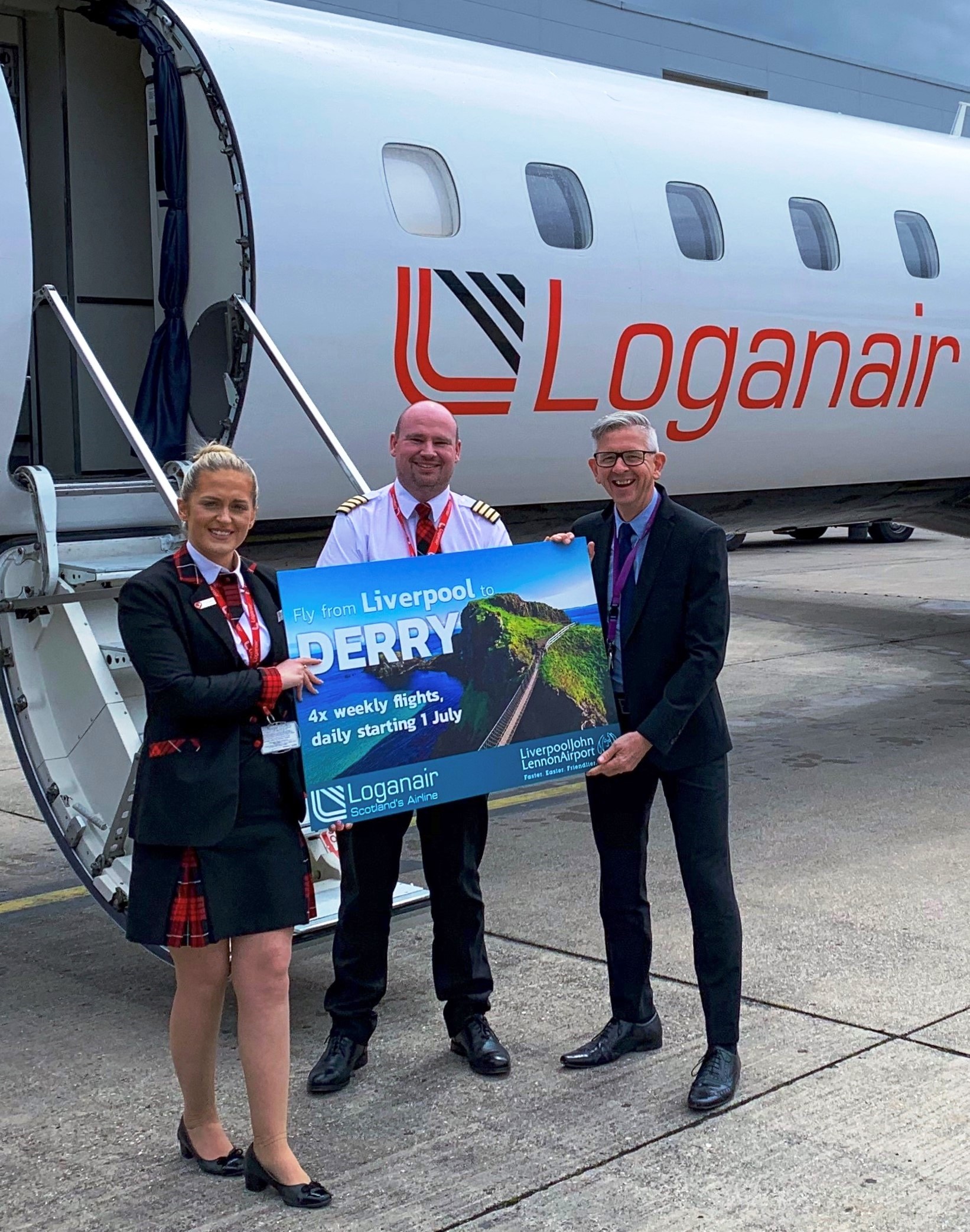