Your browser does not support JavaScript!
Home > News > One in five people who drink alcohol plan to take on Dry January in 2021

One in five (20%) people who drink alcohol are planning to take on Dry January this year, or 1 in 8 (12.4%) of all UK adults. New research from Alcohol Change UK, the charity behind Dry January, suggests that more people than ever are planning a Dry January to reset their relationship with alcohol after a year when many have found themselves drinking more heavily.

Research has consistently shown that many people are drinking more heavily since the COVID-19 pandemic and associated restrictions began earlier this year. This new research finds that close to one in three (29%) people who drink alcohol say that they have drunk more in 2020 than in 2019. One in five (22%) have felt concerned about the amount they have been drinking since COVID-19 restrictions began in March this year and drinking ‘to try and cope’ (23%).

A quarter (27%) of people who drink alcohol would like to cut down in 2021. Evidence shows that Dry January is an effective and lasting way to cut down; research by the University of Sussex published in 20201 found that 70% of those taking on a Dry January are still drinking less six months later – but interestingly this only applied to those who did the campaign with support from Alcohol Change UK, via their free Try Dry app or coaching emails.

Knowsley Chamber is encouraging people in Knowsley to sign up for Dry January via the free app, Try Dry, to get benefits like more energy, saving money and losing weight, and to help them drink more healthily year-round. People who sign-up are twice as likely to manage the whole month without drinking compared to those who try to do it alone.

Dr Richard Piper, Chief Executive of Alcohol Change UK, said: “2020 has been a year like no other. Many of us have spent the year stressed, scared and tired – it’s no wonder that many of us don’t feel much like ourselves. When things get tough, we can find ourselves slipping into drinking habits we wish we could break – but Dry January can help. It’s our chance for a reset. 31 days to try something new, and to see some amazing benefits like brighter skin, a fuller wallet, a calmer mind and a better night’s sleep – and to help you drink more healthily all year round.

“It’s all too easy to bury our heads in the sand when it comes to our drinking. Our new research shows that one in three (30%) of those drinking at increasing- or high-risk levels believe they don’t need to do Dry January because they drink ‘healthily’ – even though the number of units they drink is putting their health at risk. That means millions of people are putting their health at risk, but either don’t realise or don’t want to believe it.  The new year is a great opportunity for us all to reassess our drinking.

He added, “There’s great news for people who want to support their local pubs and other hospitality venues after a tough year: more and more pubs and bars are improving their alcohol-free offering, so where restrictions allow you could head down and see what’s available at your local.” 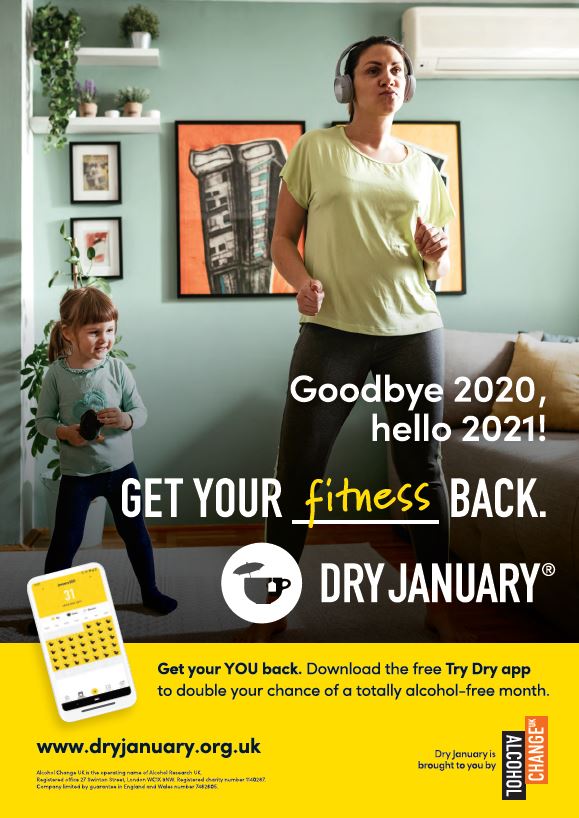