Your browser does not support JavaScript!
Home > News > Roadmap out of lockdown – Summary and detail of the four steps

From 8 March, people in England will see restrictions start to lift and the government’s four-step roadmap offer a route back to a more normal life.

However, the Goverment has warned that each of the four stages could be subject to delay adding that the opening up will be guided by “data rather than dates”.

There will be a minimum of five weeks between each stage. This will allow for four weeks to assess the latest data on transmission and hospital admissions and then an extra week to allow people and businesses to prepare for the next changes. A summary of the four step programme is beloow and a link to the full detailed report is at the bottom of this article: 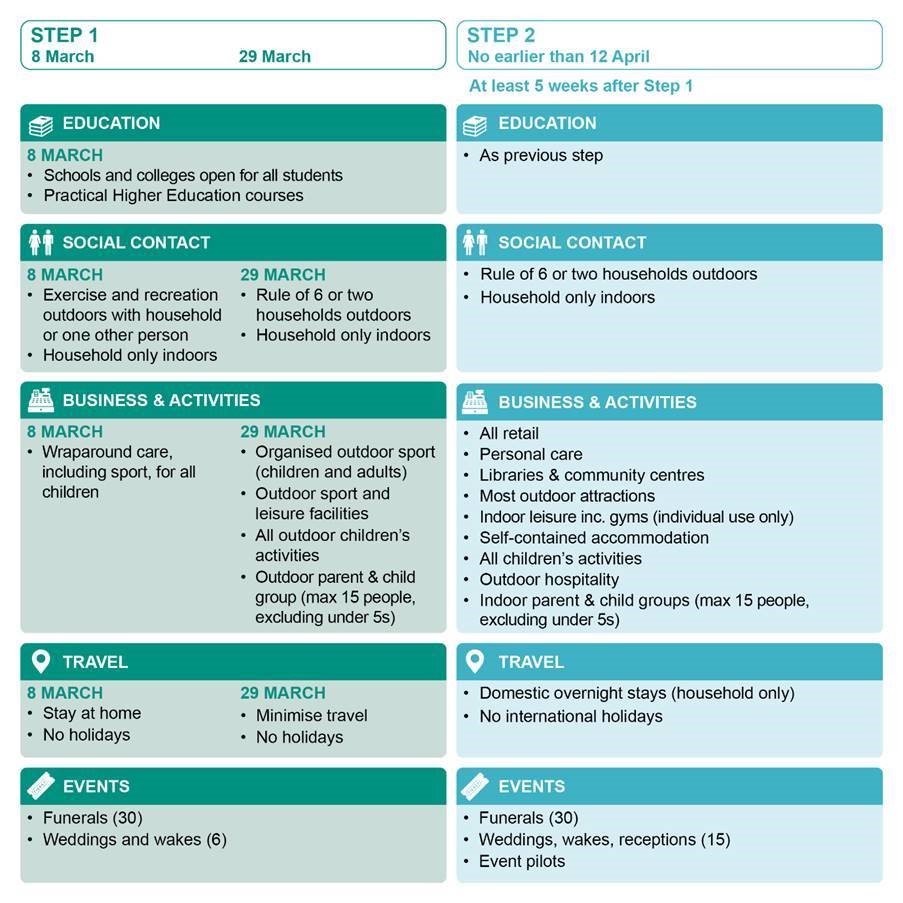 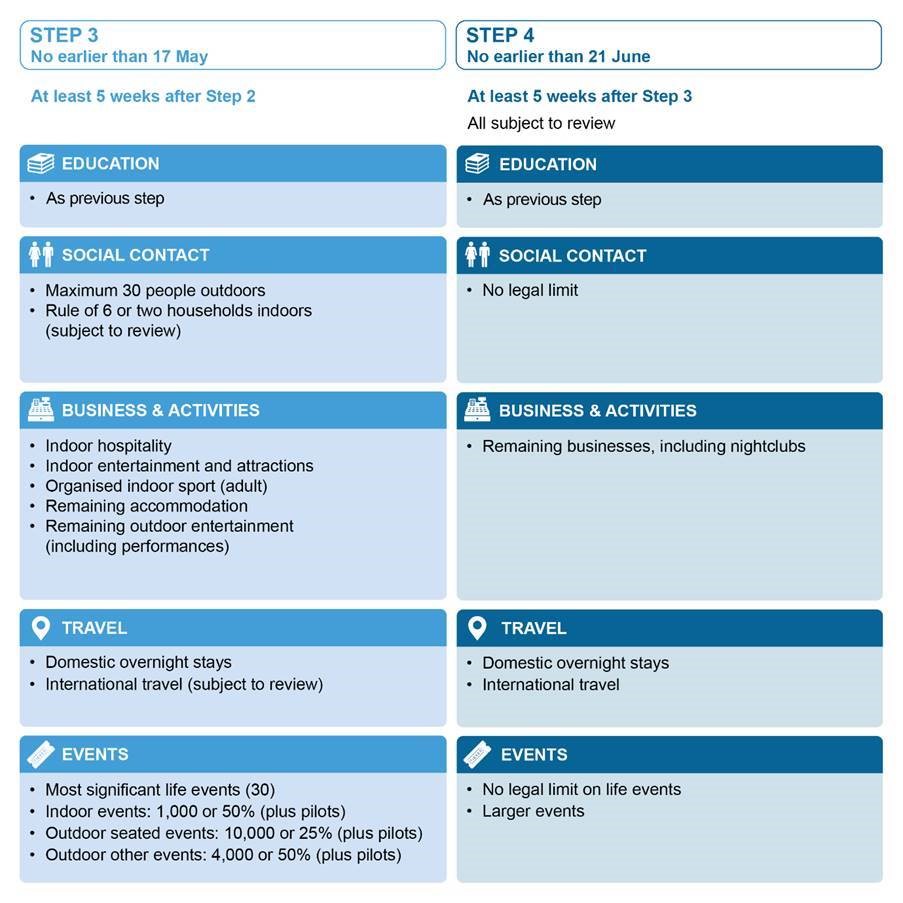 THE FULL REPORT CAN BE READ HERE