Since COVID-19 first arrived in the UK early in 2020 there is barely a single aspect of our personal or professional lives that has not been impacted by the pandemic. 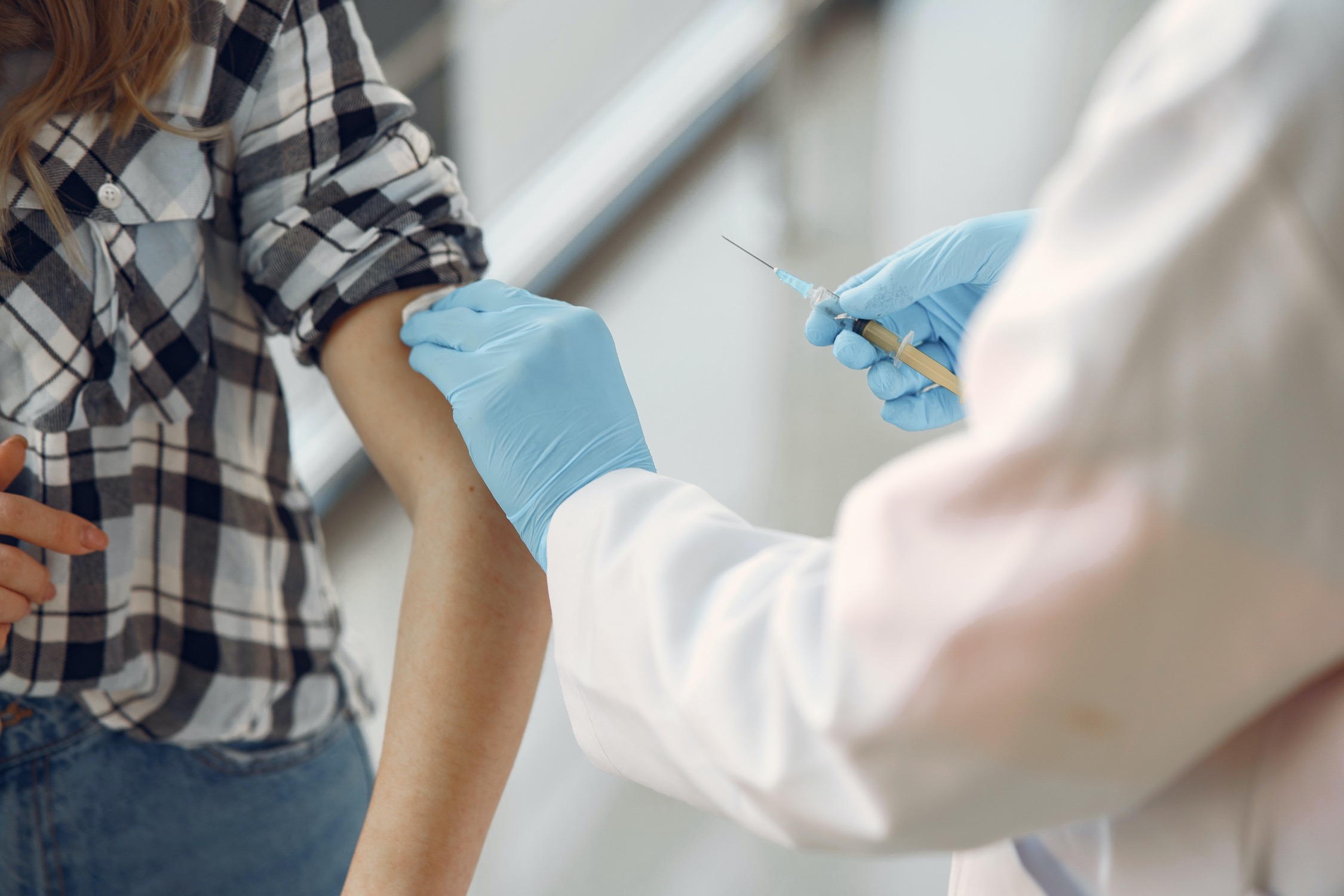 One of the more remarkable aspects of the past 12 months or so has been our resilience and our capacity to face and adapt to what was a completely new challenge. And the development and roll-out of the vaccine has been astonishing.

Both our public and private sectors have pulled together in an extraordinary effort to deal with the impact of the pandemic. Below are just three examples from here in Knowsley:

John Davey has invested around £100,000 to transform two of his six high street pharmacies in Liverpool city region into COVID vaccination hubs. But the investment of John and his team into their work goes far beyond anything that can be measured in monetary value.

The son of Irish immigrants who came to England in the 1950s, John grew up in Manchester but ended up falling in love with Merseyside after coming to study at Liverpool Polytechnic in 1981.

After graduating from the poly, he trained at Boots for a year before cutting his teeth at several community pharmacies around Liverpool. It was during these early years, John made a decision to start a new life in Ireland. But the pull of Liverpool proved too strong. 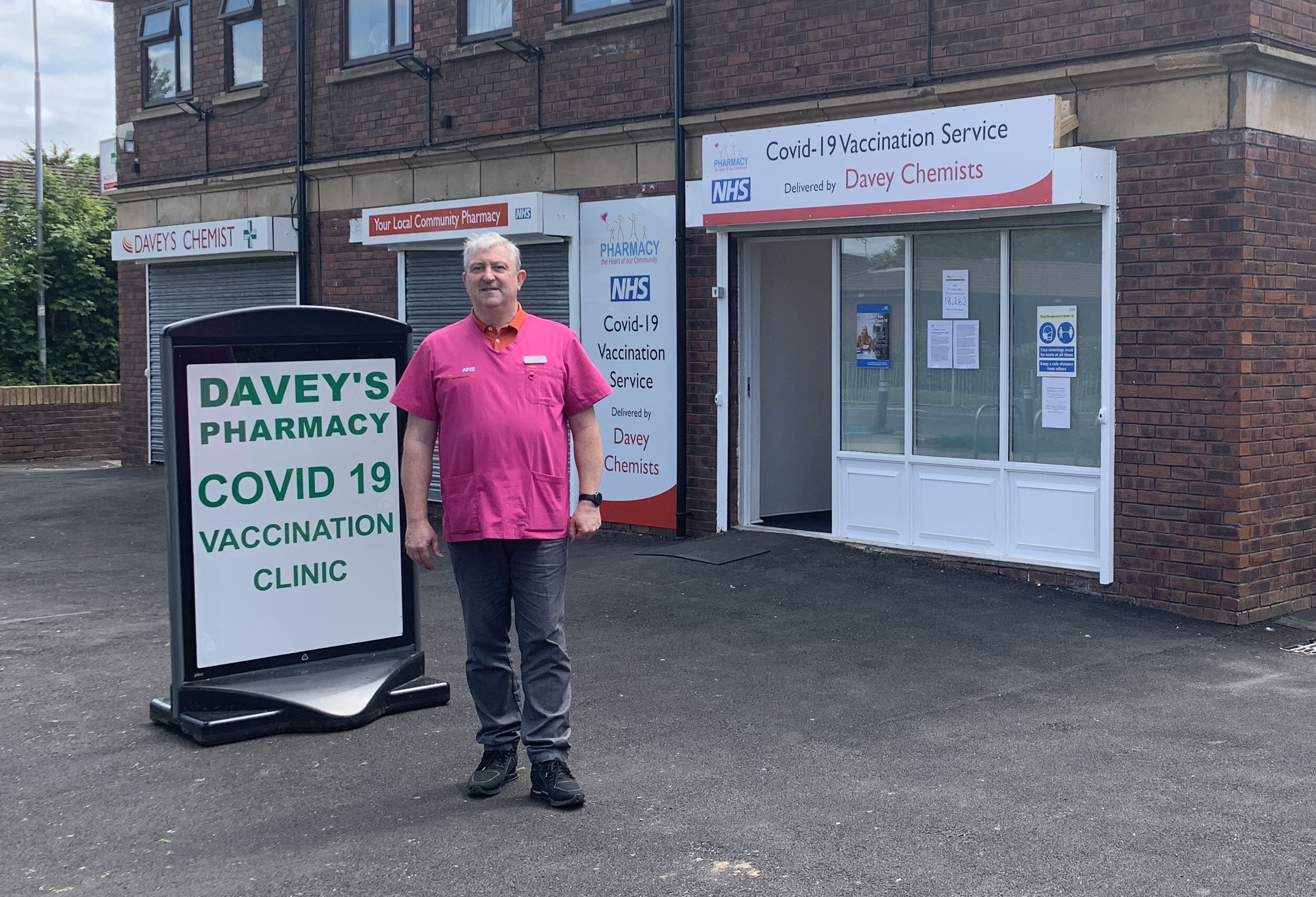 He said: “I had a choice to leave and start anew elsewhere. I was on the ferry to Ireland and when I realised what I was leaving behind, I began to choke up. I knew then that I had  to come back.”

In 1986, John took over an existing pharmacy in Huyton in Knowsley. Today, there are six Davey’s Chemists across Liverpool city region, employing more than 50 people. He has encouraged a strong ethos of support for the local communities his outlets serve, a philosophy that has come into its own over the past 12 months.

“We are an intrinsic part of our communities and the service we provide goes beyond just dispensing medicines,” explained John. “All our staff wear badges asking ‘How can we help?’. And what we get through the door every day is a snapshot of people’s lives.

“They not only talk to us about their health, they tell us about everything else, too. They talk about how they are feeling, about their day to day challenges, the details of their lives. And we do whatever we can to help.

“We have great relationships with local councillors, with MPs with a whole range of other professionals and support services and we can refer people to get the help and advice they need. That is what being a community pharmacy is all about. We are often the first port of call for people. You can walk down the street and know we are here to help.”

When COVID-19 cases began to rise rapidly in early spring 2020, John realised this was going to be something very different. He added: “People were scared. They didn’t know what was happening.”

At that point, all the normal support mechanisms in the NHS were struggling to adapt to what was happening and John and his team found themselves at the beginning of what would prove to be a massive learning curve.

“What we have seen since is a fantastic effort and a multi-disciplinary approach from public health services across Merseyside,” said John. “They were very much behind the curve and now, by all working together, we have got ourselves ahead of it and that has been a remarkable effort.

“Here in Knowsley, there are wonderful opportunities, but there are also big challenges. Families came together to support each other early on and that coming together ultimately helped spread the virus. So there was a huge challenge.”

Davey’s was approached by NHS England to assist GP surgeries with the rollout of the vaccine. Two of its outlets, Dinas Lane in Huyton and Randall Drive in Sefton, were equipped to handle a stream of people coming in to receive their COVID-19 jabs. It has also been asked to set up a facility in Manchester, It is now open and delivering within a two-week window.

John added: “We didn’t hesitate to offer our help. We are part of the community and we are here to help the community. Multiples are moving into the high street pharmacy sector and community pharmacies have been stripped of resources by the Government. But we are still finding ways to put our knowledge, expertise and experience to good use.” 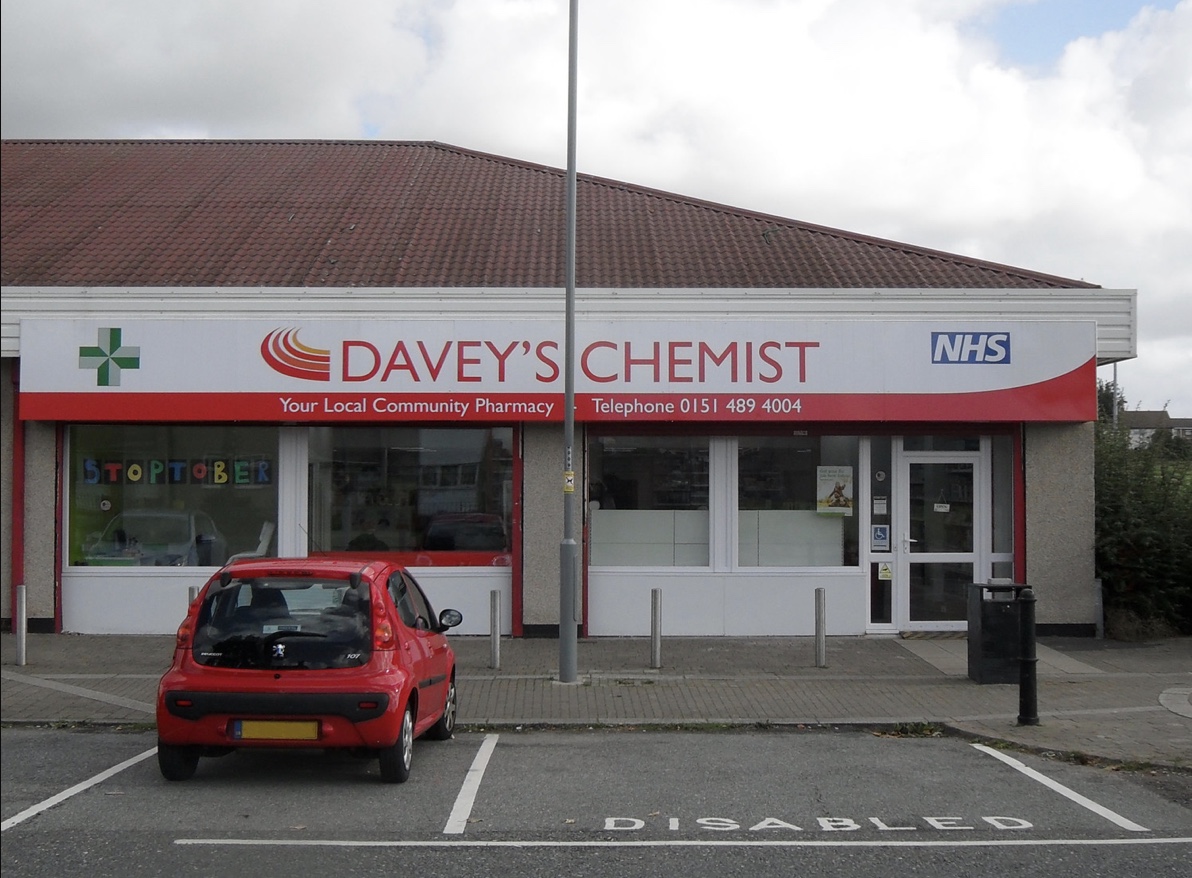 He said the pandemic has been a massive learning experience for him and his team and he believes the greater cooperation with public health bodies and a multi-disciplinary approach will be a big part of the new normal going forward.

“I think the roll-out of the vaccine has given us great cause for optimism,” explained John. “But there were still a lot of uncertainties, particularly around the emergence of new variants of the virus.

“One of the biggest changes I have seen over the years is how people have now become much more cognisant about their own health. In the past they would just take the medicine and ask no questions. Now they come in armed with information. 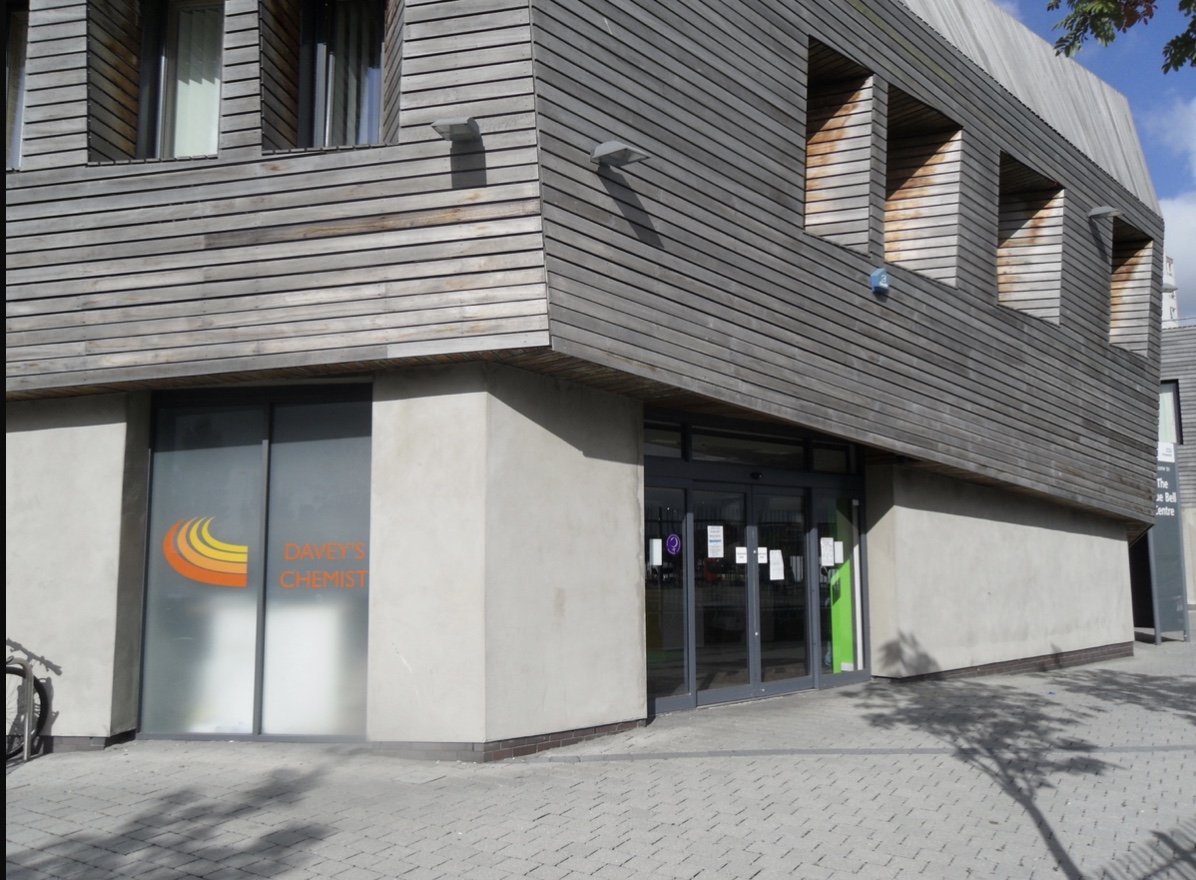 “The internet has been both a blessing and a curse. It is an invaluable tool for learning about health but it is also a source of awful fake news. That has been one of the really difficult aspects of the pandemic.

“And what the past 12 months have demonstrated is that we need community pharmacies more than ever. People need access to support, particularly around mental health which we are looking to expand, and they need somewhere to go for accurate information. That is why we are here and will continue to support our communities.”

Similar to every other local authority in the UK, Knowsley Council already had detailed plans for a possible pandemic prior to the arrival of COVID-19.

But as the borough’s director of public health, Sarah McNulty explained, that was mainly focused on a major influenza outbreak. While COVID is a respiratory disease, similar to flu, it represents a threat to public health on a whole new level.

“We were already getting communications from Public Health England (PHE) in February last year about this new virus from China,” said Sarah. “But I think it was after the half-term break, when kids started to return from ski-ing trips that something happened and the enormity of it became clearer.

“It quickly became obvious that this was beyond anything we had seen before and we quickly had to get our heads around it. But there was not a lot of solid information available at that point.

“The big thing that we had always planned for was a major flu pandemic and that had a bit of a test back in 2009. All local authorities have continuity plans and they kicked in as we saw how big this was going to be. This was very different from the flu. We certainly hadn’t considered things such as social distancing and lockdowns.”

Although COVID was a public health problem, its scale meant the response would involve local and central Government at every level, requiring unprecedented levels of co-operation across multiple departments and agencies.

Sarah said: “The pandemic impacted on everything and I think the response from everyone has just been fantastic. We had to liaise with social care, with environmental health, the NHS, PHE, headteachers at local schools. So many people became involved and we had to build connecting teams really quickly.”

The game-changer for Sarah and her term was when the Government bowed to pressure to put contract tracing into the hands of public health teams rather than people in call centres. She said: “That really needed to happen and maybe it could have happened sooner.

“We couldn’t do it without extra resources, of course. But it was a really important step because we already have those local connections on the ground. And the conversations we had with people proved invaluable. It was a two-way thing because we learned so much about the challenges people were dealing with. 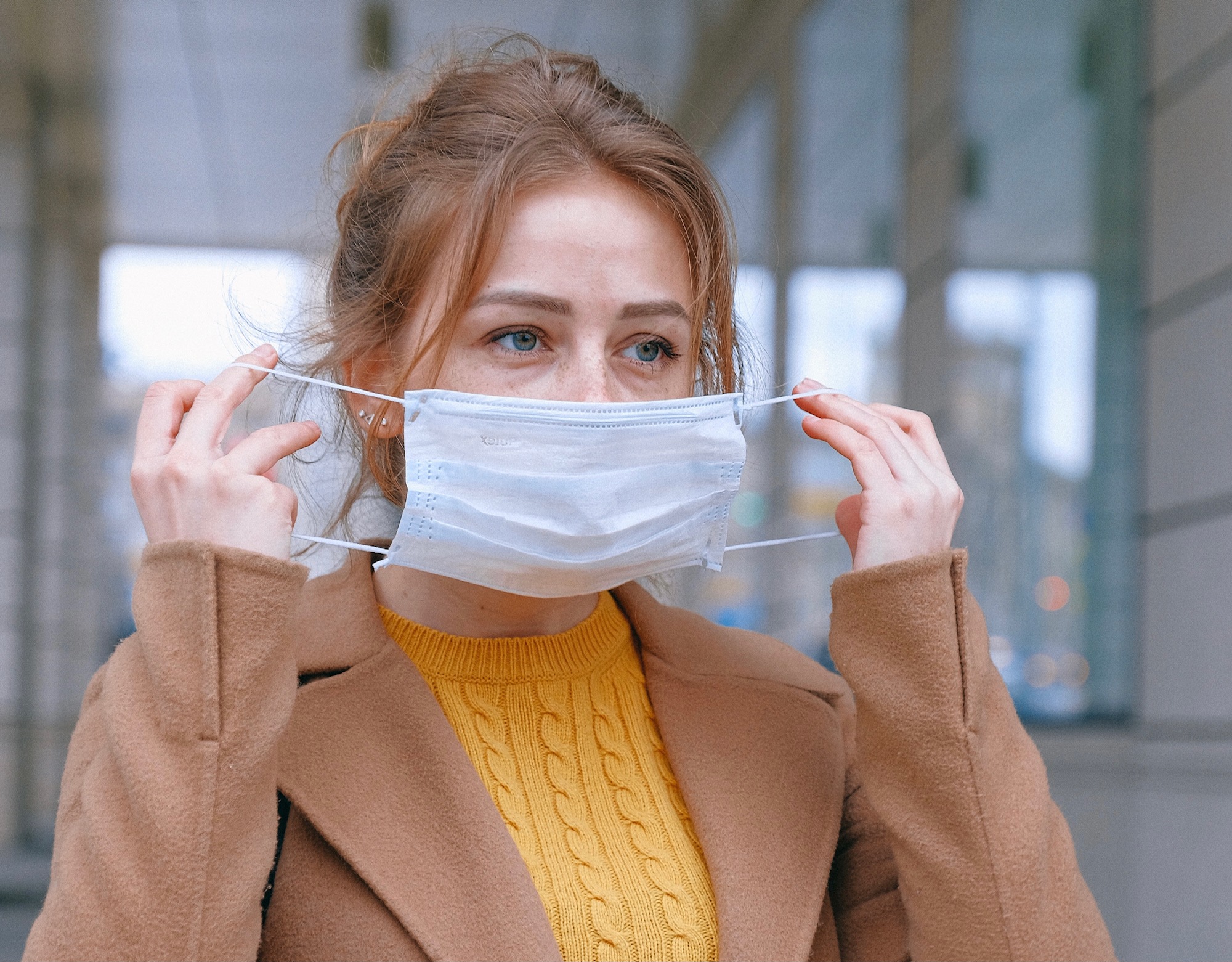 “I think there was an excellent level of compliance from the public and, despite the great sacrifices people have had to make over the past year or so, most have been very supportive of what we have been trying to do.

“Good communications has been critical to that. Everything was happening so fast. The science was changing quickly and people had to adapt to social distancing and lockdowns and we needed the public to be with us on that. And they have. Lockdowns worked and you can see that clearly in the data.

Sarah is head of an eight-strong public health team at Knowsley, as well as two trainees. She acknowledges they have been on a huge learning curve over the past year or so. She added: “This has been the mother of all exercises. It has been relentless but the response right across the local authority, and beyond, has been phenomenal.”

In late 2020 Test Assurance Group (TAG) based in Knowsley entered a partnership with Liverpool John Lennon Airport (LJLA) to offer a full range of COVID-19 services from testing to travel vaccinations.

Establishing a bespoke clinic and laboratory on site at the airport, TAG offers the full suite of testing required for travel in a process that takes no more than 10 minutes from the moment people arrive at their booked time. 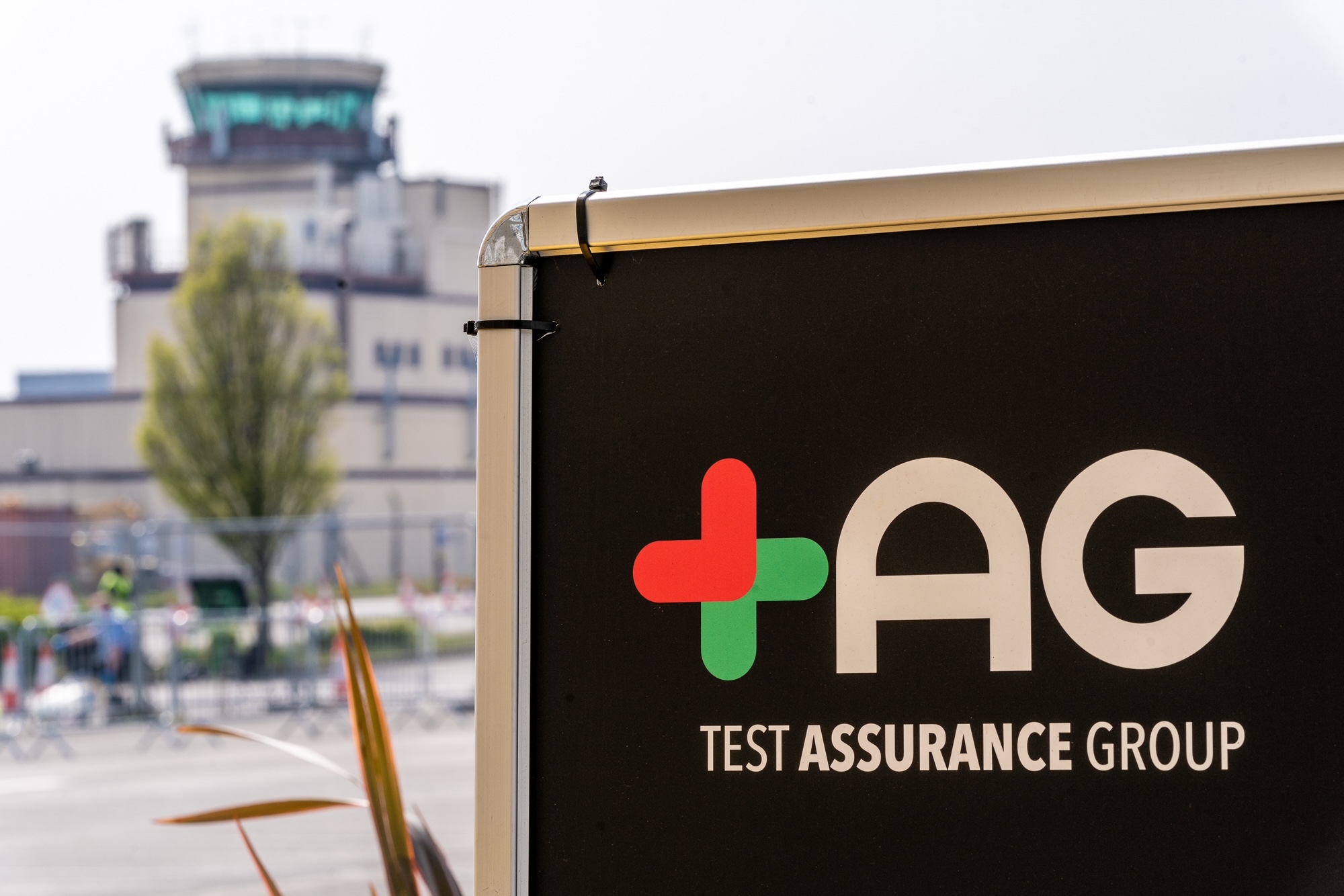 Working with its clinical partners Salutaris People, TAG offers a clinician-led service to all its clients which ensures the tests are taken accurately and also taking the view that postal “fit to fly” COVID-19 tests attach risk that many travellers don’t see coming such as delays in postal service, or unclear results being posted back.

In both cases resulting in an inevitable panic from travellers rushing through a PCR “fit to fly” test.  Focused on helping as many people as possible to travel, TAG offers an onsite service that guarantees a result in 1-3 hours from the point of test.

Cliff Kirby TAG board director. said:  “Our focus is to offer a local fast, friendly, clinician-led service. This is proving to be a winning formula as lots of new customers are referred by word of mouth.

“What is really interesting is the number of rapid ‘fit to fly’ tests we are carrying out. In almost every case this is a direct result of an issue with a postal test. On some days almost 50% of our customers are for rapid tests.

“At present we offer a full suite of fit to fly tests for passengers, as the rules on travel change we will expand the range of services in line with this.”