Your browser does not support JavaScript!
Home > News > Seniors and tots get crafty at Christmas

Despite a 100-year age gap, nursery school children and older residents are teaching each other festive crafts and performing in a school nativity, as part of a mutually beneficial intergenerational care programme, developed by a local housing trust. 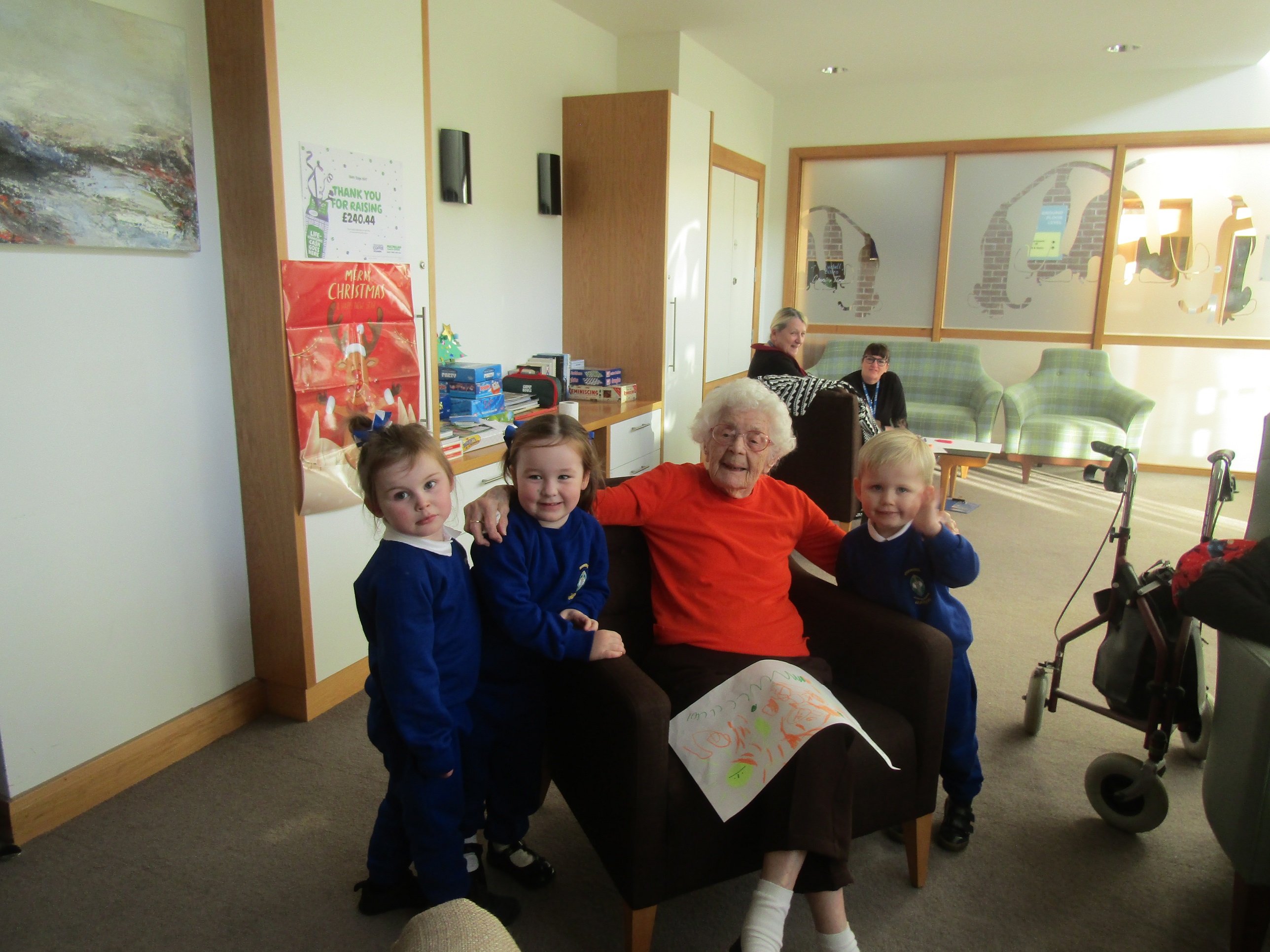 The one and half hour sessions will be hosted at Bluebell, the £14.4m development owned by the Trust, and will be overseen by three primary school teachers, two care workers and a representative from Knowsley Housing Trust.

The classes will see both generations trading skills – everyone will learn to make Christmas decorations and older residents will join the choir at the school nativity and sing the carol – ‘Away in a Manager.’

“It has been lovely having the children here at Bluebell. They have created some beautiful drawings and art work, me and the other residents have really enjoyed their company, especially when we talked about Christmas. It brought back fond memories of when I was a young girl with my brothers and sisters, spending time with my family and enjoying the magic Christmas brings.”

“Our children have been attending Bluebell for six weeks. The visits are something they look forward to all week. They love to hear stories about the childhoods of people who are a hundred years older than them and the adults enjoy listening to what the children have been doing in school.

“After each session everyone involved has a smile on their face and leaves looking forward to the next week. Research shows that interaction between the elderly and young people has a positive impact on the well-being of both generations and this has been demonstrated throughout our project.”

“There may be a century between three-year old pupils and our older residents, but research carried out over the last few years has proven that this type of intergenerational care benefits everyone. It helps youngsters with their creative and social skills, language development, greater confidence and the development of empathy and supports older people to socialise who suffer from depression and isolation.”

KHT’s Bluebell Park Apartments in Huyton consists of 122 new homes for people over 55 who need extra care and the support to live independently.