Your browser does not support JavaScript!
Home > News > The Seven Ages of Care- Poetic Film

‘The Seven Ages of Care’ is a poetic film created by Imaginarium artist Holly Blue, inspired by Shakespeare’s ‘Seven Ages of Man’ speech from As You Like It and community responses to a series of online questions about Care during the Covid 19 lockdown.  Members of the community submitted video footage which was woven together with Holly’s poetry into this beautiful commemorative film of an emotional time. 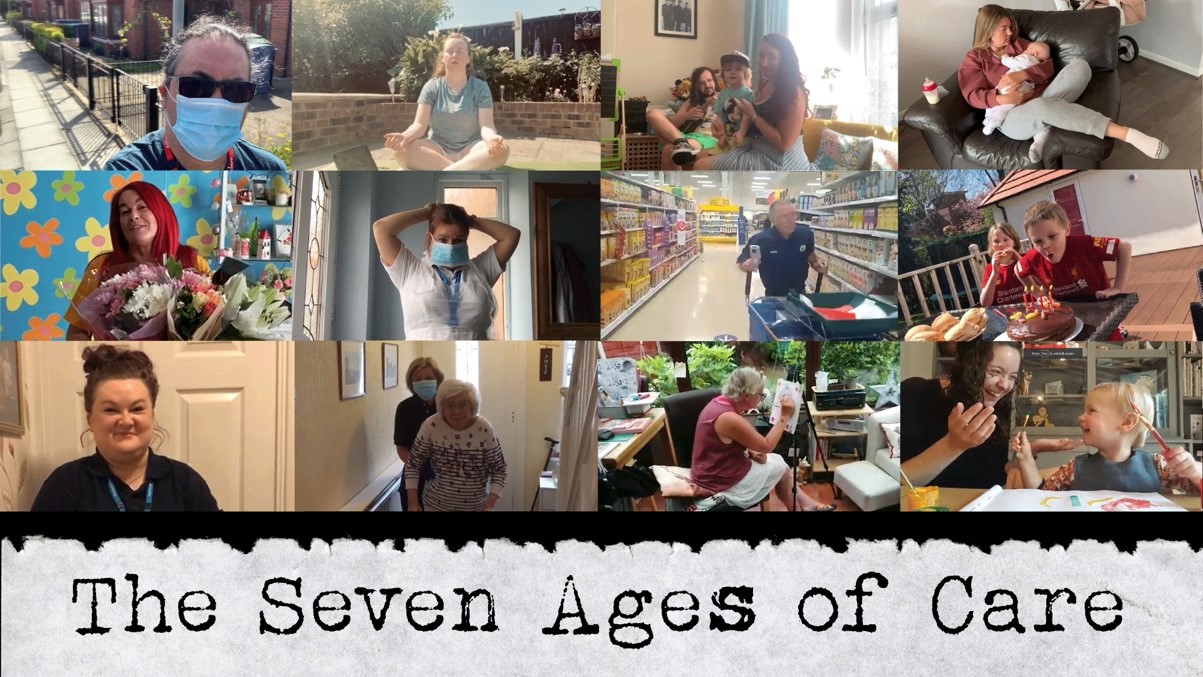 This project was created by Imaginarium Theatre for the Heart of Glass ‘Compendium of Care’ and was supported by Knowsley council, the Shakespeare North Playhouse and Arts Council England.

To coincide with the release of this poem and film, Imaginarium are also re-releasing All the World’s A Stage; originally commissioned in 2016 to commemorate Shakespeare’s 400th anniversary, it was filmed in various locations around Prescot town centre and is another great example of how a community can come together to create a moving piece of art that can stand the test of time.

Watch both films at https://www.imaginariumtheatre.co.uk/summer-of-shakespeare